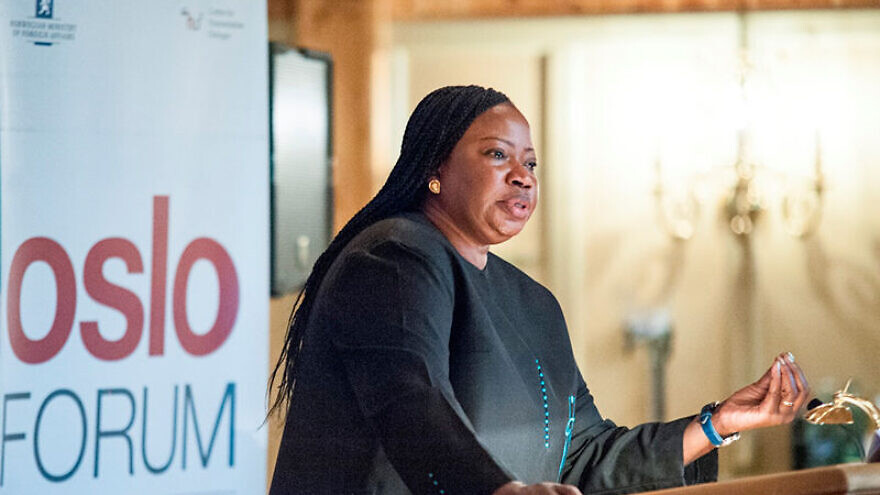 ICC chief prosecutor Fatou Bensouda and Phakiso Mochochoko, head of The Hague court’s Jurisdiction, Complementarity and Cooperation Division, were sanctioned for the court’s “illegitimate attempts to subject Americans to its jurisdiction,” Pompeo told reporters at the U.S. State Department.

He warned that individuals and entities “that continue to support those individuals risk exposure to sanctions as well.”

The ICC has been investigating whether war crimes have been committed by the United States in the war in Afghanistan and by Israel during the 2014 summer war with Gaza (the Israel Defense Forces’ “Operation Protective Edge”), in addition to alleged crimes in the West Bank’s disputed territories.

Neither the United States nor Israel is a member of The Hague court.

Richard Dicker, the international justice director at Human Rights Watch, told the AP that the move is “a stunning perversion of U.S. sanctions, devised to penalize rights abusers and kleptocrats, to persecute those tasked with prosecuting international crimes.”

“The Trump administration has twisted these sanctions to obstruct justice, not only for certain war crimes victims but for atrocity victims anywhere looking to the International Criminal Court for justice,” he said.

Human-rights lawyer and Middle East analyst Irina Tsukerman told JNS that Bensouda and Mochochoko have aided and abetted what she deemed corruption.

“By now, the information about the events in Gaza is a matter of public knowledge; Israel, which has a very rigorous legal system for holding violations during military activities accountable has been a target of a deceptive, patronizing and utterly politicized campaign stemming from the supporters of a designated terrorist organization which has used its own civilians as human shields during that and other operations; and have furthermore arrested and tortured dissidents, critics and journalists critical either of that war or of other abusive practices,” she said, referring to the U.S.-designated terrorist organization Hamas. “None of that has appeared to have made it into Bensouda’s consideration; bribery and political bias are the only logical explanations for this counterproductive process.”

Regarding the ICC investigations over alleged U.S. war crimes in Afghanistan, Tsukerman said “no such investigations have been launched against mass human-rights violators in the face of the Taliban or their various state supporters, which begs the question of the real agenda for that investigation; whether the only reason for it was to embarrass the U.S., which likewise has a very rigorous court marshal and legal justice system for the investigation of the accused of war crimes and torture, and to force the U.S. out of Afghanistan, which is the goal pursued by the Taliban and those various state backers.”

Foundation for Defense of Democracies senior fellow Orde Kittrie told JNS that while the ICC investigation of whether war crimes have been committed by the United States in Afghanistan “is illegitimate and inappropriate,” sanctions “are unfortunately not likely to weaken the ICC’s resolve to pursue the investigation.”

Therefore, he suggested, the United States “should pivot to a different approach that is more likely to achieve the bipartisan U.S. objective of halting the two illegitimate ICC investigations.”