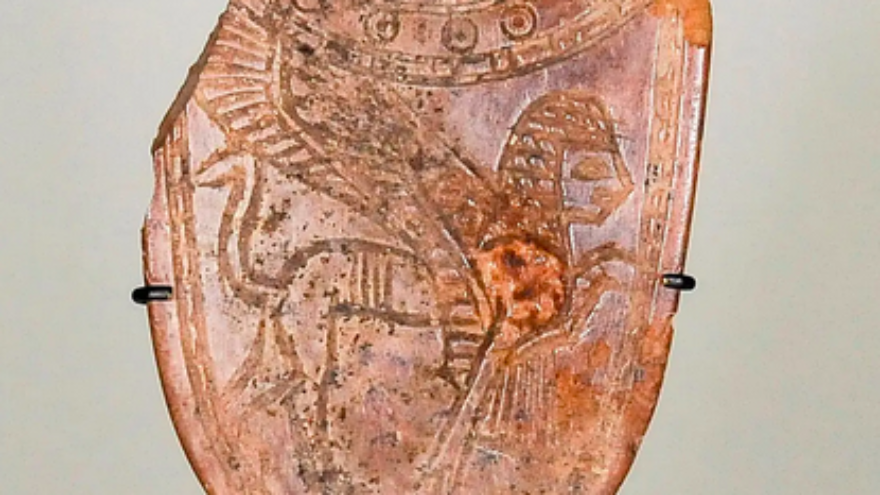 (January 6, 2023 / JNS) American and Palestinian officials gathered on Thursday at the Ministry of Tourism and Antiquities in Bethlehem for what was described as “the historic repatriation of a rare Palestinian cultural object.”

During the ceremony, the Department of Homeland Security’s investigative arm (Homeland Security Investigations) delivered a 2,700-year-old cosmetic spoon to the Palestinian Authority. The ancient tool is carved from ivory and has an etched winged figure into its front side. It was used to ladle incense onto fires and braziers at rites venerating the gods and the dead.

“This artifact is important as it acquires its real scientific and archaeological value in its authentic location,” Maayah said. “The artifact that is being delivered today is a cosmetic tool that was used to pour incense and it dates to the Assyrian civilization 700-800 BC.”

Modern concepts of “Palestine” only began to emerge in the mid-19th century. It would not be until the mid-20th century—two decades after the birth of the State of Israel—that Arabs in the disputed territories would begin to show signs of a distinctive national identity.

The artifact was seized from Jewish-American billionaire Michael Steinhardt as part of a criminal probe in New York. As part of a deal to avoid prosecution, Steinhardt agreed in late 2021 to turn over $70 million worth of stolen antiquities that authorities claim were illegally acquired in Israel.

Officials say the cosmetic spoon first surfaced on the international art market in January 2003, when Steinhardt bought it from an Israeli antiques dealer who has been accused of dealing in illicit Israeli and Middle Eastern antiquities.

There is no indication as to what makes this object culturally Palestinian. Yet the head of the U.S. Office of Palestinian Affairs, George Noll, stated that his office “is proud to facilitate the return of this rare antiquity, an example of Palestinian cultural patrimony.”

“This is a historic moment between the American and Palestinian people and a demonstration of our belief in the power of cultural exchanges in building mutual understanding, respect, and partnership,” said Noll.

Special Agent in Charge for Homeland Security Investigations in New York Ivan J. Arvelo said, “Antiquities trafficking is a multi-billion-dollar business with looters and smugglers turning a profit at the expense of cultural heritage. We are honored to join our partners today in the historic repatriation of this artifact to the Palestinian Authority.”

Manhattan District Attorney Alvin Bragg added, “We are proud to join our law enforcement and government partners in this historic moment.”