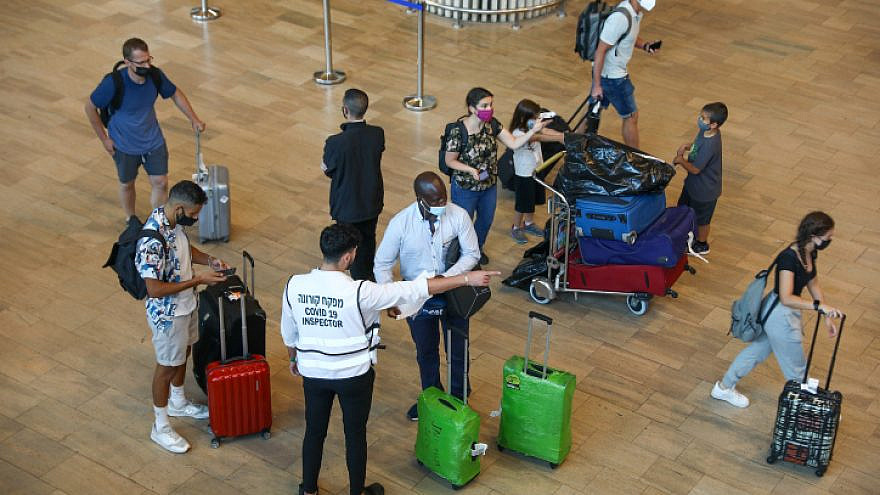 An Israeli Health Ministry committee has warned the government that keeping Israel’s main point of entry completely open during the summer could result in another outbreak.

“As much as we may try to supervise [incoming travelers] at Ben-Gurion airport it is a difficult—if not impossible—mission,” warned a senior health official. “If the airport stays fully open over the summer we are likely to lose control over the situation and again become vulnerable to an outbreak, especially among teenagers.”

Following a meeting with ministers late on Sunday, Israeli Prime Minister Naftali Bennett said quarantine enforcement measures were to be enhanced and that 250 police officers would be assigned to the task.

The number of COVID-19 testing stands at Ben-Gurion International Airport is to be increased, and a testing facility is to be established at the site.

Among other possible measures discussed by ministers were an awareness campaign about the importance of quarantining upon returning to Israel from abroad; fining parents whose children violate quarantine; and comprehensively vaccinating 12- to 15-year-olds.

In February, all Israelis over the age of 16 became eligible to receive the vaccine.

The Delta variant has spread to more than 80 countries. World Health Organization chief scientist Soumya Swaminathan said on June 18 as saying that Delta was becoming the globally dominant variant of the virus.