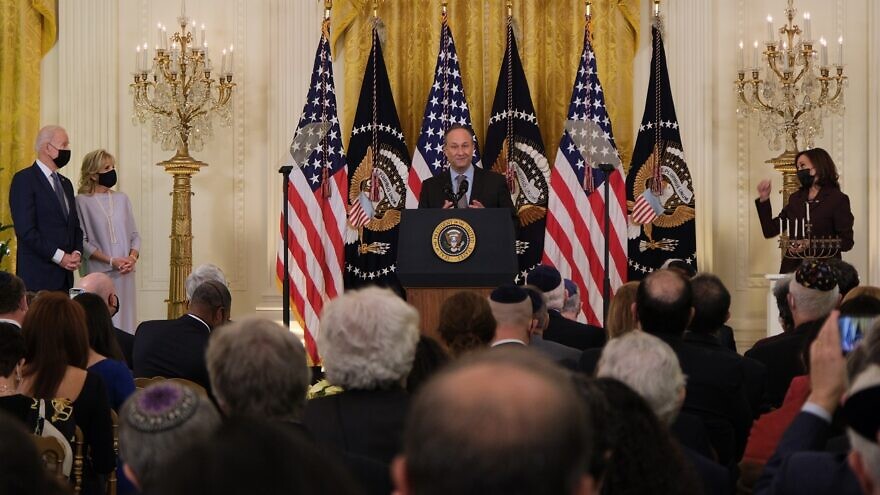 (December 5, 2022 / JNS) The White House will host Jewish leaders for a roundtable discussion on antisemitism later this week, with Second Gentleman Doug Emhoff (who himself is Jewish) as the host.

“I’m in pain right now,” Emhoff tweeted on Friday, in a remark unrelated to the event. “Perpetuating lies, such as the denial of the Holocaust, and praising fascist murderers, is dangerous and fans the flames of antisemitism and hate. We all have an obligation to condemn these vile acts. We must not stay silent.”

The White House roundtable follows a surge of anti-Jewish harrasment and physical attacks. According to data published by the Anti-Defamation League, 2021 saw the highest number of documented reports of harassment and violence towards Jews of any year since 1979, when ADL started tracking such cases.