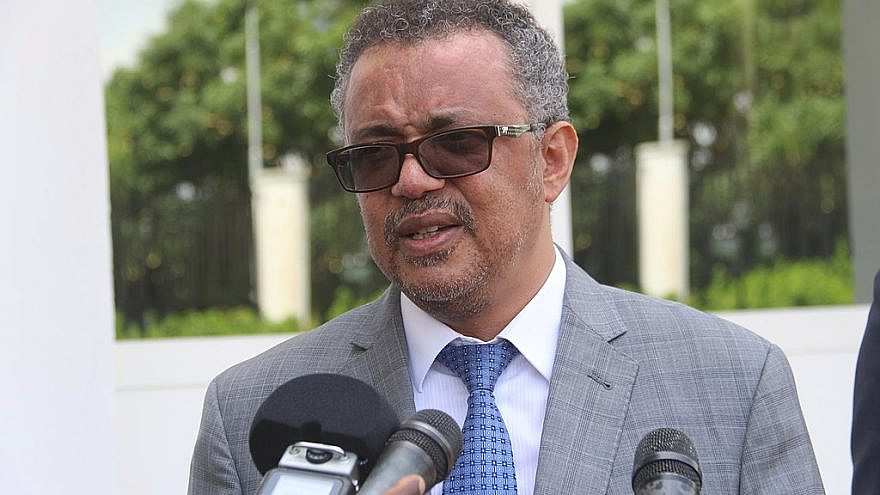 (January 7, 2021 / Israel Hayom) The World Health Organization has leveled strong criticism at China for refusing entry to a team seeking to investigate the origins of the COVID-19 pandemic.

In a rare rebuke, WHO Director-General Tedros Adhanom Ghebreyesus said two scientists on the agency’s team had already left their home countries for Wuhan when they were told that Chinese officials had not granted the necessary permissions for them to enter the country.

The arrangements had been jointly agreed with China in advance, reported CNN.

“I am very disappointed with this news,” Tedros said at a news conference in Geneva on Tuesday. “I have been in contact with senior Chinese officials, and I have once again made clear that the mission is a priority for WHO and the international team.”

Tedros said WHO was “eager to get the mission underway as soon as possible,” and that he had been given assurances that Beijing was speeding up the internal procedure for “the earliest possible deployment.”

Dr. Michael Ryan, executive director of WHO’s health emergencies program, said there was an issue with visas and one team member had already returned home. The other was waiting in transit in a third country.