(LOS ANGELES, CA) — On November 10, 2021 StandWithUs, along with Jessica Shafran and Raphi Cooper, current students attending the Silberman School of Social Work at Hunter College, and Silberman alumna Morr Mazal Barton, submitted a complaint against the Silberman School and Hunter College, part of the City University of New York (CUNY) system, to the United States Department of Education’s Office for Civil Rights (OCR). The complaint alleges a violation of Title VI of the Civil Rights Act of 1964 (Title VI), detailing antisemitic discrimination and harassment experienced by students, the resulting systemic and pervasive climate of aggression towards Jewish individuals—including those who dare to express their Zionist identities—and the lack of meaningful response from the Hunter/Silberman administrations.

The purpose of Title VI is to prevent and remedy pervasively hostile environments based on race, color, or national origin. While Title VI does not protect groups on the basis of religion, its protections are available to groups with a shared religion that also have a shared ancestry and/or ethnic characteristics, such as Jews, Sikhs, and Muslims. When such a group is subjected to a hostile climate on a university campus, the administration is obligated to take proactive corrective measures or risk losing its federal funding.

The antisemitic incidents at Hunter/Silberman came to a climax in May 2021 during two mandatory Silberman Practice Learning Lab class sessions held over Zoom. Students attending those sessions were subjected to hateful attacks directed at Jewish identity when the meeting was hijacked by fellow students in lieu of the expected class discussion. When Jewish students attempted to respond, including giving expression to their Zionist identities, they were resoundingly met with hostility from this “virtual mob.” Meanwhile, the course instructor remained silent, failing to take any action to reclaim the class sessions or address the disruptive behavior. In fact, another university professor in attendance joined the students in the hijacking of the classes. The combination of this professor’s participation and the silence of the other professors in attendance signaled to Jewish student attendees approval of the disruptive and antisemitic behavior. This impression has only been bolstered by the fact that, despite numerous requests for the administration to publicly address the situation and issue a statement condemning the antisemitism expressed in those Zoom classes, Hunter/Silberman administrators have failed to do so.

As detailed in the complaint, this incident is only the most recent in what current and former students have described as a years-long pattern of antisemitic conduct followed by the repeated failure of the Hunter/Silberman administration to meaningfully address the known hostile climate. For example, students have described incidents in which Silberman professors have questioned the fitness and qualification of Jewish students for social work practice based on their religious beliefs, ignored blatantly antisemitic statements from students directed at their Jewish peers during class discussions, and singled out the Jewish community—during class time—in discussing the problems of the COVID-19 pandemic. Other administrators have minimized or outright ignored concerns about antisemitism on campus.

“No student should have to endure such a hostile climate at school, and we are proud of these three current and former students for standing up and speaking out against antisemitic harassment and discrimination,” said Roz Rothstein, StandWithUs CEO and Co-Founder. “Every school has a legal responsibility and moral duty to ensure a safe and welcoming learning environment for all. Because of the administration’s repeated refusal to take meaningful corrective action, we are appealing to the Department of Education to ensure that the rights of Jewish students on this campus are equally protected alongside those of all other students.”
The StandWithUs Center for Combating Antisemitism worked alongside the StandWithUs Saidoff Legal Department to aid Ms. Shafran, Ms. Barton, and Mr. Cooper in filing the complaint.
Click here to read the complaint letter. Click here to learn more about Title VI.
Republish this article
About The Publishers 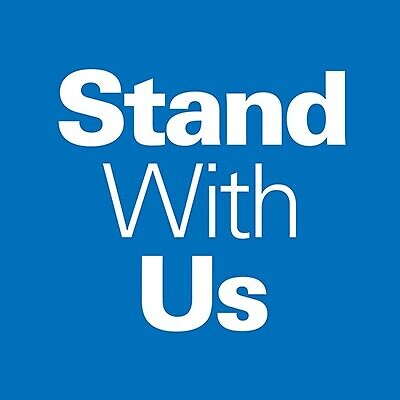 StandWithUs
StandWithUs (SWU) is an international, non-profit and non-partisan Israel education organization that works to inspire and educate people of all ages about Israel, as well as challenge misinformation and fight against antisemitism. Through university fellowships, high school internships, middle school curricula, conferences, materials, social media, educational films and missions to Israel, StandWithUs supports people around the world who want to educate their schools and communities about Israel. Founded in 2001 and headquartered in Los Angeles, the organization has programs on five continents with chapters and offices throughout the U.S., in Israel, the UK, Canada and Brazil. For the last ten years, SWU has consistently received the highest possible ratings from Charity Navigator (4 stars) and Guidestar (Platinum). www.standwithus.com and www.facebook.com/standwithus and www.twitter.com/standwithus and www.instagram.com/standwithus
Publish your organization's press release on JNS Wire
Releases published on the JNS Wire are communicated and paid for by third parties. Jewish News Syndicate, and any of its distribution partners, take zero responsibility for the accuracy of any content published in any press release. All the statements, opinions, figures in text or multimedia including photos or videos included in each release are presented solely by the sponsoring organization, and in no way reflect the views or recommendation of Jewish News Syndicate or any of its partners. If you believe any of the content in a release published on JNS Wire is offensive or abusive, please report a release.