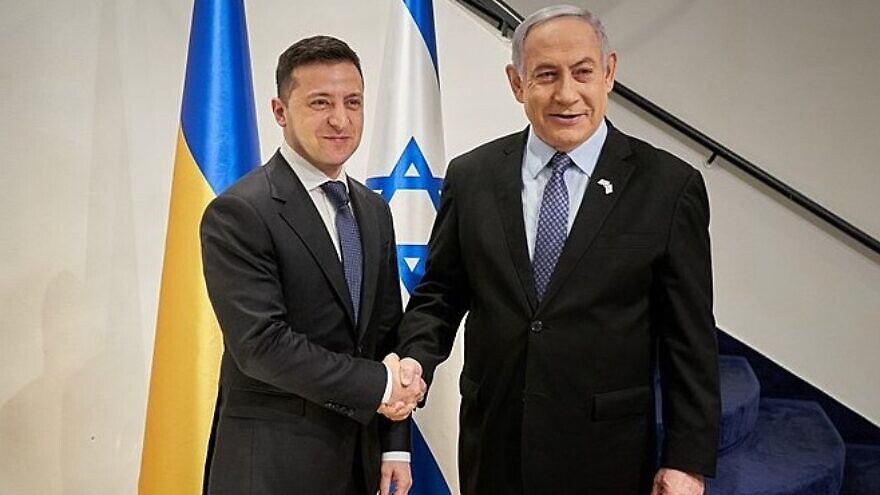 (December 2, 2020 / JNS) A free trade agreement between Israel and Ukraine will take effect beginning Jan. 1, Ukrainian President Vladimir Zelensky posted on his Twitter account. “Relations between our countries are rising to a new level,” he wrote. “This gives a ‘green light’ to Ukraine’s export growth, and creates closer cooperation in the fields of high-tech, engineering and investment.”

Originally signed in January 2019, the agreement promotes the development of bilateral trade and economic cooperation between the two countries, and reduces tariffs on Israeli exports to Ukraine and on Ukrainian imports to Israel.

The move is expected to reduce the cost of food in Israel, particularly relevant amid the current economic crisis.

“This agreement will help lower the cost of living in both countries, and will serve to promote Ukrainian industry,” noted Israeli Ambassador to Ukraine Joel Lion, responding to the announcement.

The agreement includes reduced tariffs on exports from Israel to Ukraine, as well as on products imported to Israel. It provides free access to the Ukrainian market on many items that until now were subject to customs tax, including machinery, medical equipment, plastic and rubber products, chemicals, fruits and vegetables, and more.

In return, Israel will abolish or reduce customs taxes on various agricultural products, including wheat (currently subject to 50 percent tax), fish, processed foods, various types of oils, iron, steel and other raw materials for industrial use.

The new agreement should also benefit Israeli exporters. For example, customs duties will be eliminated on plastic irrigation pipes, as well as on avocados and peppers. In the past five years, duties on Israeli wines were gradually reduced to 0 percent.

“The main purpose of the agreement is to strengthen economic cooperation between Ukraine and Israel through the expansion of mutual trade,” said Zelensky’s Deputy Chief of Staff Ihor Zhovkva.

It is estimated that within the next two to three years, trade between Israel and Ukraine will double to $2 billion, according to Zhovka.

“As a result, more quality Ukrainian products will arrive in Israel next year, including sweets, nuts, juices, baked goods, poultry, dairy products, vegetable oils, eggs, honey and more. In a few years, the elimination of customs will lead to an increased supply of flour, ketchup, tomato paste, seeds, tobacco and duck meat to Israel. Israeli consumers can expect lower prices on all of these products,” he added.