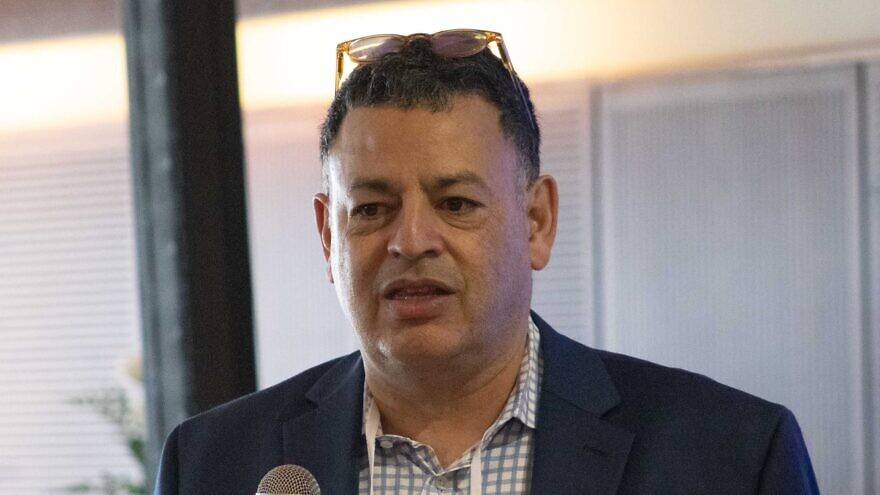 (January 1, 2023 / JNS) David Bernstein is the founder and CEO of the Maryland-based Jewish Institute for Liberal Values (JILV), as in classical liberalism and moderate politics. He has been involved with Jewish organizations throughout his life, leading several, and identifies as politically liberal. But changes in recent years inspired him to leave these organizations and create a new one.

“I have spent my entire career in the Jewish world, and had always felt proud of the openness to varied opinions, even if the organizations ultimately took sides on an issue,” Bernstein shared with JNS. But starting “around 2020….People refused to discuss and debate key topics, especially on sensitive issues.”

He soon realized that the same ideology that was shutting down debate was also fueling antisemitism.

Realizing the harm that this does by labeling Israel and Jews as “oppressors,” he was inspired to write his book, “Woke Antisemitism: How a Progressive Ideology Harms Jews.” The tome is full of Bernstein’s anecdotes on his journey from being a child bullied in school for being Jewish, to a liberal Jewish student on college campus witnessing a new form of antisemitism.

He also details the origins of woke ideology on the far left and how it has begun to attack Jews and Zionism. Troublingly, it is being gradually adopted by many mainstream American Jewish organizations.

In the book, Bernstein isn’t shy about admitting that he considers himself a Democrat and supports socially-liberal causes. Yet he points out that much of the political movement he considered himself a part of has drifted away from the values it claims to espouse.

He says that American Jews must fight against antisemitism from all fronts–Islamists, the far right and the far left–or else American Jews will begin to feel disenfranchised and see life become unbearable.

Drift to the far left

Bernstein notes that some of those who have drifted away from the center-left to the far-left are Jewish organizations in the United States, as well as segments of American Jewry as a whole.

“Radical social justice ideology does not enjoy the same pride of place in any other Diaspora Jewish community,” he said. “In Canada, where the ideology runs rampant, Jews are much less predisposed to leftist politics. Other [English-speaking] countries are not yet in the grips of the ideology to the same degree as the U.S. It’s much easier for me to talk about the book and my concerns outside the US than inside, which is a sign that the ideology still has a hold on people in this country. The gatekeepers in the Jewish world have either bought in themselves or, more commonly, are afraid of alienating stakeholders. We will know we are successful when it becomes less fraught to speak about these topics.”

Bernstein attributes this left-wing shift to postcolonial studies and ideology.

In his book, he notes that former colonies in the developing world blame their former colonizers for their societal ills. He points out that for them, Israel is a modern-day colonizer, making it easy for some people in places like Latin America to show disdain for the Jewish state.

However, Bernstein notes a major difference. “Woke ideology is postcolonial ideology, applied domestically…it insists that there’s a fixed set of oppressors and oppressed. It has developed a rigid hierarchy of privilege and oppression at home and shuts down anyone who challenges it. So while the disdain for Israel we see abroad comes from similar ideological sources, those forces don’t exert the same level of control over the discourse and stifle all dissent, as they do in [the United States].”

Bernstein says that while there was certainly a growth on the political left of anti-Zionist sentiment during the 2014 Israel-Gaza war (“Operation Protective Edge”), the definitive shift among leftists occurred during the May 2021 violence between Israel and Hamas (“Operation Guardian of the Walls”). He credits this for much of the growth in anti-Zionism and antisemitism on social media. Yet Bernstein also blames mainstream media for inaccurate reporting.

“Israel’s strength and superior firepower were taken as proof positive of Israel’s moral culpability,” he remarks. Sadly, many U.S. Jewish organizations and individuals have bought into the very woke ideology that is threatening them. While some simply loathe Prime Minister Benjamin Netanyahu and believe a two-state solution will end the violence in Israel, others have championed the cause of “social justice.”

Given that many social justice movements, including Black Lives Matter, have castigated Israel to embrace “intersectionality,” Bernstein has found it harder to maintain a classical liberal voice in such organizations.

His book has received wide praise in Israel.

“Israelis who relate to Americans and American Jews on a regular basis realize that something has changed in the political and ideological attitudes of the people they know,” he acknowledges. “One Israeli friend who deals with Diaspora communities asked me ‘what alien species planted microchips in your brains?’ There’s a mix between fascination and concern. The president of Israel, Isaac Herzog, wrote me a letter expressing support and wishing me success. He’s keenly aware of the problem. My hope is that some Israelis will stage a ‘family intervention’ and express their concerns to their counterparts in the US.”

Bernstein plans to co-author another book, about American classical liberalism, to unite Americans behind a new common narrative in divisive times. Even as he points out that there is a lot of work to do, he believes there’s still hope for U.S. Jews to challenge the woke ideology that has hijacked too many American Jewish spaces. Perhaps, he told JNS, this book is the beginning of a challenge to the wokeness present in Jewish America.

He still thinks America is an incredibly safe and free place to live as a Jew, especially compared to the American antisemitism present in the early 20th century.

“There are more and more traditional liberals coming out of the woodwork to stand against the encroachment of woke ideology into American and Jewish life. It’s easier to speak up now than it was a year and a half ago,” he said.