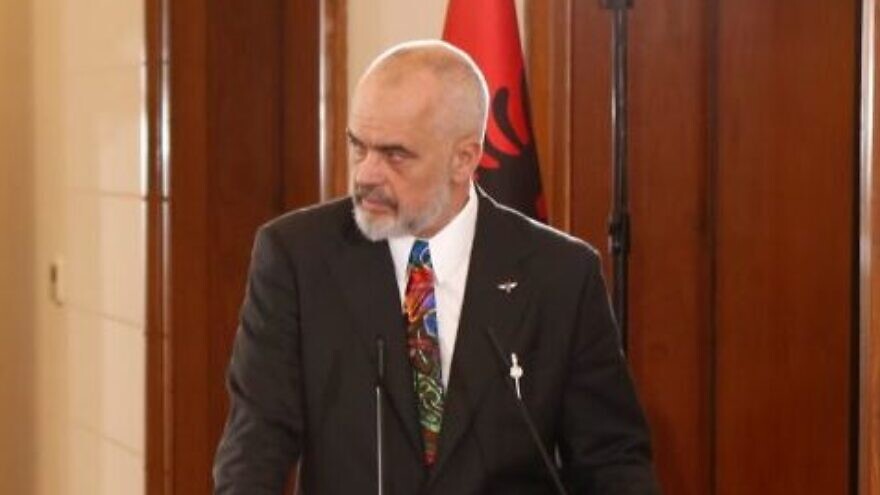 (October 23, 2022 / JNS) Albanian Prime Minister Edi Rama touched down in Israel on Sunday for a three-day visit at the invitation of his Israeli counterpart Yair Lapid, just weeks after Tirana cut off diplomatic ties with Iran over cyberattacks Tehran launched in July.

Rama was slated to meet with Lapid on Sunday afternoon, and later in his trip with, among others, President Isaac Herzog and Gaby Portnoy, the head of Israel’s National Cyber Directorate, according to Israeli media reports.

“We will continue to tighten cooperation between Israel and Albania,” said Roll.

I spoke with Albanian FM @Xhacka_Olta at #ShapingFFP. I expressed Israel's appreciation for Albania's decision to sever its diplomatic ties with Iran, and offered to share our knowledge and experience in cyber defense. We will continue to tighten cooperation between ???????? and ????????. pic.twitter.com/fPOnVhpDra