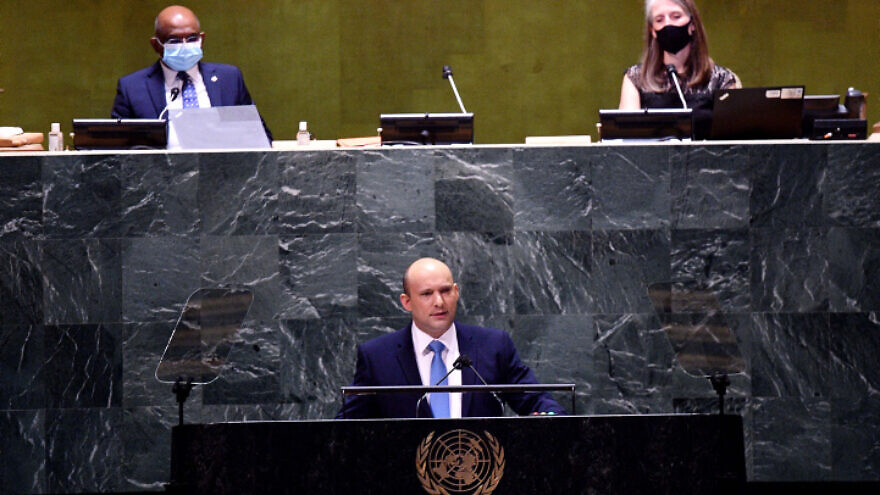 (September 27, 2021 / JNS) Demarking a clear distinction between himself and his predecessor, Israeli Prime Minister Naftali Bennett said on Monday morning that one of the most dangerous problems in the world today is political polarization.

In his first address as prime minister to the U.N. General Assembly in New York, Bennett called polarizations one of two plagues affecting the world at the moment, with the other being the COVID-19 pandemic.

“Both the coronavirus and polarization can erode public trust in our institutions. Both can paralyze nations,” he said.

The effects of this polarization could be devastating, especially in a world where there are algorithms that fuel people’s anger towards each other.

“People on the right and on the left operate in two separate realities, two separate spheres, each in their own social media bubble,” said Bennett. “They hear only the voices that confirm what they already believe in. And then people end up hating each other. Societies get torn apart because they are not hearing each other.”

Israel, he said, has successfully taken action against both plagues, with early vaccine adoption and now, being the first in the world to begin providing booster shots even before the approval from the U.S. Food and Drug Administration.

But in the face of polarization, alluding to although not naming his predecessor, former Prime Minister Benjamin Netanyahu, who faced four elections in two years, the people chose his government because they “yearned for an antidote: calm, stability, [and] an honest attempt at political normalcy.”

Despite forming a divided government, Bennett said that the members speak to each other with respect and act with decency, even if they hold very different opinions from each other because they are acting for the good of their nation.

Arguing is also healthy and is a basic tenet of Jewish tradition and Israeli society and, he said, one of the secrets to why Israel is known as the “Startup Nation.”

“Debate is the power of innovation. But what we’ve now proven in Israel, is that even in the age of social media, we can debate, without hate,” said Bennett.

As far as COVID is concerned, Bennett said that he believes that the government should do whatever it takes to avoid lockdowns, quarantines and restrictions.

The best way to achieve this is to recruit citizens into the fight against the coronavirus.

Parents in Israel, he said, are using government-provided home testing kits to test their children for COVID-19, allowing schools to continue operating.

Bennett outlined the model Israel uses to react to changes, including a coronavirus task force he heads which merges science and politics.

“My friends, running a country during a pandemic is not only about health, but it’s also about carefully balancing all aspects of life that are affected by corona, especially jobs and education,” said Bennett. “While doctors are important input, they cannot be the ones running the national initiative. The only person that has a good vantage point of all considerations is the national leader of any given country.” 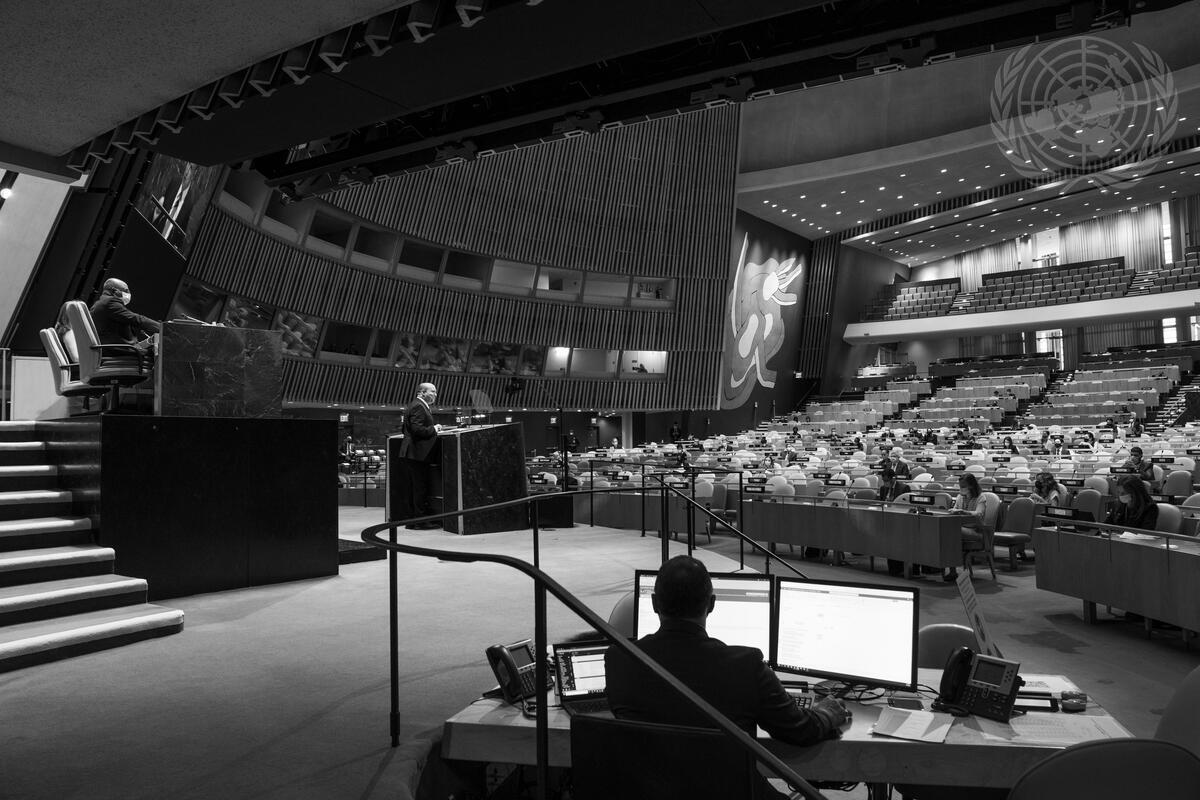 ‘If you think Iranian terror is confined to Israel, you’re wrong’

Bennett covered a vast range of topics, from the terrorist threats on Israel’s border to the hope of peace with neighboring countries as part of the Abraham Accords.

Not unexpectedly for an Israeli prime minister, Bennett devoted a portion of his speech to speak about Iran and the danger it poses to peace and stability for Israel and the rest of the Middle East.

“If you think Iranian terror is confined to Israel, you’re wrong,” Bennett said. “Just this year, Iran made operational a new deadly terror unit—a startup—swarms of killer UAVs (unmanned aerial vehicles) armed with lethal weapons that can attack any place at any time. They plan to blanket the skies of the Middle East with this lethal force.

The drone Bennett was speaking about was the Iranian Shahed-136 suicide drone, which is credited with attacking American bases in Iraq and a recent attack on a civilian ship that killed a British and Romanian sailor.

Bennett also pointed to Iran’s further nuclear enrichment and stonewalling of the International Atomic Energy Agency’s inspections as further proof that Iran is moving further into belligerence rather than seek peace.

“Iran’s nuclear program has hit a watershed moment and so has our tolerance,” said Bennett. “Words do not stop centrifuges from spinning.”

Both in the beginning and end of his speech, Bennett compared Israel to a lighthouse spreading light in the middle of stormy seas—standing tall and strong, with its light brighter than ever.

“My friends, every member state in this building has a choice. It’s not a political choice, but a moral one. It’s a choice between darkness and light,” Bennett said near the conclusion of his speech. “Darkness that persecutes political prisoners, murders the innocent, abuses women and minorities, and seeks to end the modern world as we know it. Or light that pursues freedom, prosperity and opportunity.”