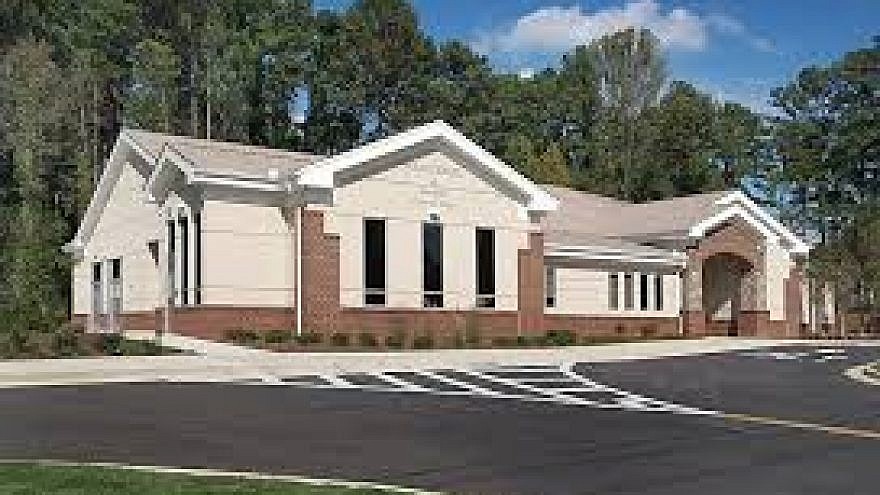 (June 13, 2019 / JNS) An Orthodox synagogue in Atlanta has disaffiliated from the Young Israel movement over the latter’s right-wing political stances, which have consisted of supporting U.S. President Donald Trump.

The Young Israel of Toco Hills announced on Wednesday that its name will now be Kehillat Ohr Hatorah, Hebrew for “Light of the Torah,” after 93 percent of voting synagogue members voted to separate from Young Israel.

This is the first time in the last five years that a synagogue has severed its connection to Young Israel, National Council of Young Israel president Farley Weiss told JNS.

“After deliberation and through an open and inclusive process, our members have decided to no longer affiliate with the National Council of Young Israel due to our organizations not being a strong fit for one another,” said Rabbi Adam Starr and synagogue president Marc Sokol in a statement to JTA.

They wished the National Council of Young Israel “the best as they continue to serve Klal Yisrael,” Hebrew for Israel’s people.

“With any organization, any business, you can’t always necessarily please everyone all the time, and even if you do nothing because you’re afraid of alienating people, there will be people angry at you for doing nothing,” he told JTA. “I know we had a very public disagreement, but they have done everything very respectfully in their decision, and we appreciate that, and they have every right to do what they decided to do.”

The decision came months after NCYI released a statement to JTA on Feb. 25 defending Israeli Prime Minister Benjamin Netanyahu’s orchestrated merger of the Jewish Home and far-right Jewish Power Party in order to not split the right-wing vote.

In response, Starr posted on Facebook, “Not in my name and not in my shul’s name! Embarrassed that the sole supportive statement from a national Jewish organization for the inclusion of Otzmah came from the National Council of Young Israel.”

Following backlash, Weiss clarified that he was speaking on behalf of himself and many Young Israel board members, but not for all member congregations.

On March 1, Starr and 21 other Young Israel congregations called on the movement to stop making political positions, which have included support for Trump’s policies.

“Such statements currently are formulated without any input or authorization from the rabbinic and lay leadership of individual Young Israel synagogue communities,” they said.

A few days later, Yechezkel Moskowitz, the president of NCYI’s advocacy division, posted in a now-deleted tweet, “Everyone of the Rabbis on this list from reconstructionist lover @RabbiStarrYITH to tree hugger Barry Kornblau should be ashamed of themselves joining with liberal progressive groups like @IfNotNowOrg in attacking @NCYIYoungIsrael for defending Israels democracy.”

“The ‘reconstructionist lover’ remark refers to last Nov. 3, the first Shabbat after the Pittsburgh synagogue massacre. Following morning services, members of YITH and Reconstructionist Congregation Bet Haverim met in the street between their synagogues for songs, psalms and prayers led by Starr and CBH Rabbi Joshua Lesser,” reported The Atlanta Jewish Times.

Moskowitz responded in a now-deleted tweet, “@RabbiStarrYITH thinks its ok to pray with reconstructionists but he apparently is the arbiter of what is appropriate for @NCYIYoungIsrael.”

Starr responded in a Facebook post on March 5, “I am most troubled by the way this man chose to insult me. I want to therefore apologize to my colleague and friend Rabbi Joshua Lesser and to his congregation, our Shuls neighbors Bet Haverim, who are the subject of the insult. This man does not reflect the Orthodox Judaism of myself, of my congregation or of most others I know. #notmyjudaism.”

The following day, YITH called for Moskowitz and NCYI to apologize.

On March 7, Moskowitz posted on Twitter that in a “moment of frustration” he sent a “sharp message,” targeting Starr and Kornblau.

“With that said, I reiterate that this group of rabbis have taken a dangerous position by aligning their views, willingly or not, with radical Jewish groups that seek to destroy Israel’s sovereignty as a Jewish state,” he said.

A synagogue member who requested to remain anonymous because of the sensitivity of the discussions told JNS that “the membership made the right choice in parting ways with Young Israel national. The community should stand up for itself and Rabbi Starr in the face of attacks from Young Israel’s senior leadership.”

The synagogue will remain a member of the Orthodox Union, which applauded Trump for withdrawing from the 2015 Iran nuclear deal, recognizing Jerusalem as Israel’s capital, acknowledging Israeli sovereignty over the Golan Heights and appointing Elan Carr as the U.S. Special Envoy for Monitoring and Combating Anti-Semitism—all positions that NCYI took.

Weiss declined to comment to JNS about this apparent contradiction.

“It’s a type of question for them,” said Weiss.

Sokol denied to JNS on Friday that the separation is due to the backlash or Young Israel’s political stances.

“No one who speaks on behalf of our shul has said that this decision has anything to do with President Trump or the National Council’s political stances,” he said. “And the assertion that Trump or the National Council’s politics guided our decision is simply false. Our membership is diverse across every measure, including politically and ideologically. We celebrate that diversity.”

“Our members decided that we are not a good fit with the National Council of Young Israel,” he continued. “Beyond that, we have nothing to add, because we are looking forward rather than backward.”