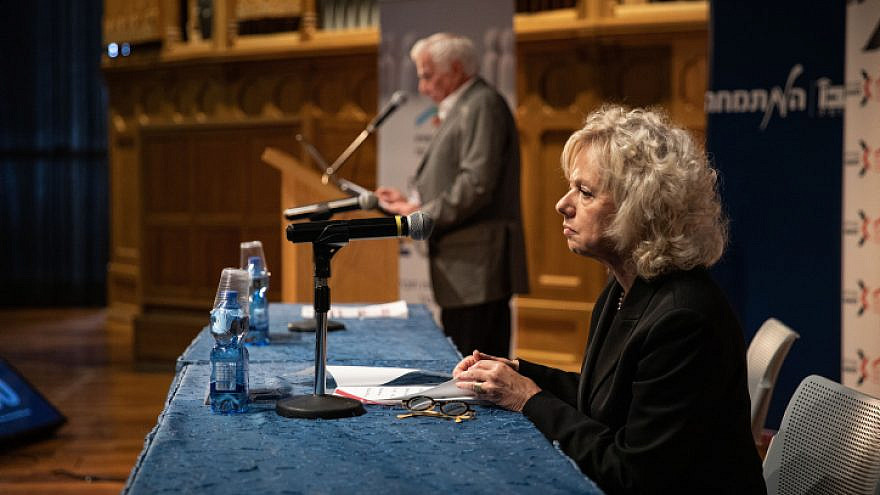 (January 16, 2023 / JNS) The Netanyahu government’s plan to enact wide-ranging judicial reform has taken center stage in Israeli politics, causing tens of thousands of opponents to take to the streets. On Monday, the Constitution, Law and Justice Committee will debate a part of the plan dealing with the proper role of ministry legal advisers, chief among them the attorney general (the position’s formal title is “Legal Adviser to the Government”).

Justice Minister Yariv Levin, in unveiling the “first stage” of his judicial reform plan on Jan. 4, stressed that the legal advisers are “advisers, not deciders, who represent the government and not their personal positions.” He called for an end to the “subjugation of the government to an unelected rank.”

They’re bringing legal advisers back down to earth, “making them understand that they’re advisers, that they’re not in control,” Haran Fainstein, a retired Israeli judge who teaches at Bar-Ilan University’s Department of Criminology, told JNS.

“There’s no law that says a government representative has to act according to his or her legal advisers’ wishes. It was a decision of the Supreme Court years ago that made it mandatory. It was Shamgar who made the decision,” said Fainstein.

“Not only did Shamgar himself refuse to appear, but he said he would not permit any of the attorneys in his department (all of whom were on the government payroll) to do so either,” Gordon wrote. Nearly 25 years later, the Supreme Court under Shamgar in a 1993 ruling decided, “The attorney-general was not really the government’s legal adviser, but its legal arbiter.”

Yonatan Green, executive director of the Israel Law & Liberty Forum, told JNS that the attorney general is a civil servant in the Israeli system. “Here you have a situation where a civil servant, whose job it is to represent the government, refuses to do so,” Green said.

In the Deri case, the government has representation because it was permitted to hire its own counsel. “However, if she wanted to, the attorney general could have decided the government shouldn’t get any representation. That should be deeply objectionable to anybody with strong notions of procedural fairness, of executive discretion, of the separation of powers in democratic government,” said Green, a licensed attorney in Israel and New York, who noted that he was offering his personal opinion and not that of the Israel Law & Liberty Forum.

Private counsel isn’t the same as being represented by the attorney general’s office, he noted. Private lawyers are unlikely to have the expertise and resources of government attorneys, “whose job it is to represent the government before the Supreme Court and for whom administrative law and constitutional law is their bread and butter.”

The real problem, said Green, “is what we can call a representative monopoly. The attorney general enjoys a monopoly on representing the government in court and judicial proceedings and legal proceedings.”

Fainstein advocates this approach. He said it’s important to split the criminal and civil positions because it’s rare that an attorney will have expertise in both. Attorney General Gali Baharav-Miara “has no experience in criminal cases, none whatsoever. Some of her statements prove that she does not understand criminal law, which is not something to be ashamed about. She is an expert in civil cases,” he noted.

“So they should split it into three. Number one will be the legal adviser. He will provide his legal opinion to the government. Number two is the one who’s in charge of civil cases. Number three is somebody who knows criminal law. He will be like the District Attorney that you have in America,” said Fainstein.

Green agreed that the position should be divided, but is unsure that it will be enough to prevent a monopoly.

“You still have the same problem. The government is essentially at the mercy of high-ranking civil servants who obviously have their own allegiances, their own considerations, and their own decision-making mechanisms. The solution I think is that the attorney general, or anyone with the power to represent the government in court, must do so and to the best of their ability,” he said.

Fainstein said much the same.

“After 60 years, I can’t think of even a single case in which an attorney couldn’t come up with at least one good defense in favor of his client. So personally, my idea, not only mine, is that if you cannot defend me, please go home.”