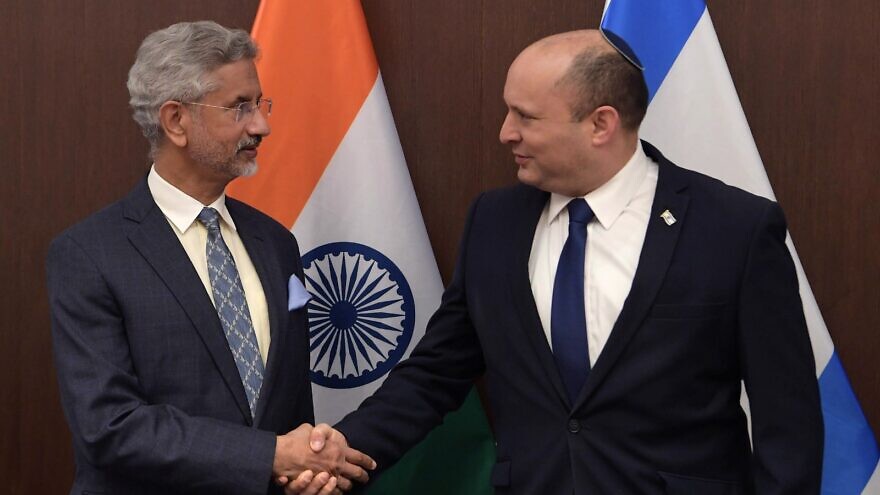 The two discussed “strengthening the strategic alliance, expanding bilateral ties and deepening the warm friendship between Israel and India,” according to an official statement. On behalf of Indian Prime Minister Narendra Modi, Jaishankar also extended an invitation for Bennett to make his first official visit to India.

Bennett thanked Jaishankar and Indian Prime Minister Narendra Modi for their commitment to the partnership between the two countries, a partnership he said Israel was eager to expand.

“I speak on behalf of Israelis: We love India. We view India as a huge friend and we’re looking forward to expanding our relationship in all fields and all dimensions. I look forward to a very productive meeting,” he said.

Herzog, too, extended his gratitude to Jaishankar and Modi for their role in promoting and strengthening Israel-India ties.

Noting that 2022 would see the thirtieth anniversary of the establishment of diplomatic relations between Israel and India next year, Herzog vowed to personally assist in promoting ties between the two countries.