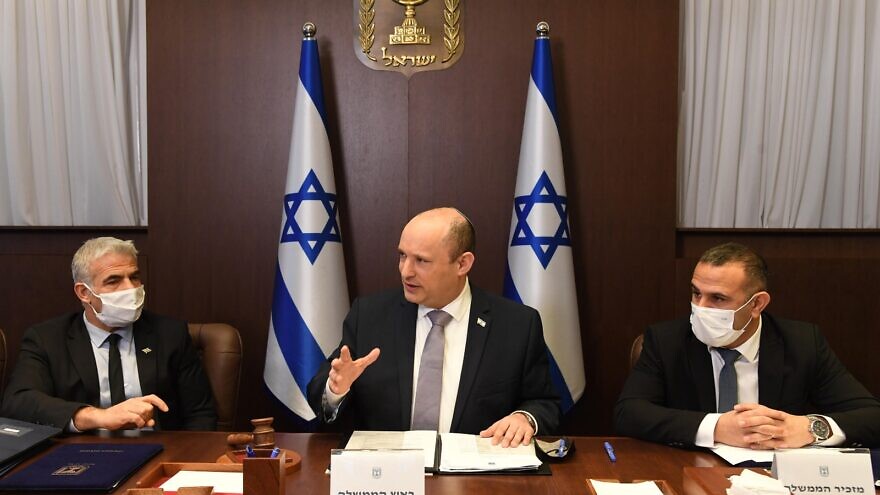 (February 6, 2022 / JNS) Israeli Prime Minister Naftali Bennett warned on Sunday that the deal being negotiated with Iran in Vienna could “damage” Israel’s ability to deal with the country’s nuclear program.

“The greatest threat against the State of Israel is Iran,” Bennett said at the start of the weekly Cabinet meeting. “As the government, we are responsible for dealing with the Iranian nuclear program and, of course, we are monitoring the Vienna talks.”

Israel’s position, he said, was clear and well-known: “An agreement—according to the apparent terms—will damage the ability to deal with the nuclear program. Whoever thinks that an agreement will increase stability—is mistaken. It will temporarily delay enrichment, but all of us in the region will pay a heavy, disproportionate price for it.”

The prime minister’s statements came after the Biden administration signed several sanctions waivers over the weekend, apparently designed as an incentive to help convince the Iranian leadership to rejoin the 2015 Joint Comprehensive Plan of Action (JCPOA) nuclear deal, as talks enter the final stretch. The waivers were originally rescinded by the Trump administration.

Specifically, the waivers allow foreign countries to work in Iran’s civilian nuclear sector without having to face U.S. penalties, according to international media reports.

“We did NOT provide sanctions relief for Iran and WILL NOT until/unless Tehran returns to its commitments under the JCPOA,” he tweeted. “We did precisely what the last Administration did: permit our international partners to address growing nuclear nonproliferation and safety risks in Iran.”

We did NOT provide sanctions relief for Iran and WILL NOT until/unless Tehran returns to its commitments under the JCPOA. We did precisely what the last Administration did: permit our international partners to address growing nuclear nonproliferation and safety risks in Iran.

In his Cabinet address on Sunday, Bennett called Iran’s economy an “unwise investment.”

“Every knowledgeable investor knows that investing in the Iranian regime, in the Iranian economy, is an unwise investment in both the long and intermediate terms,” he said.

Iran, he continued, has been “increasing its aggression” in recent weeks, including “repeatedly using terrorism in the region. … This is how you conduct negotiations, Tehran-style.”

Bennett was referring to the recent wave of missile attacks by the Iran-backed Houthi rebels against the United Arab Emirates, one of which occurred Israeli President Isaac Herzog was in Dubai.

“We are currently closing gaps and building up Israel’s military strength for years and even decades to come,” said Bennett. “Israel will maintain freedom of action in any case, with or without an agreement.”