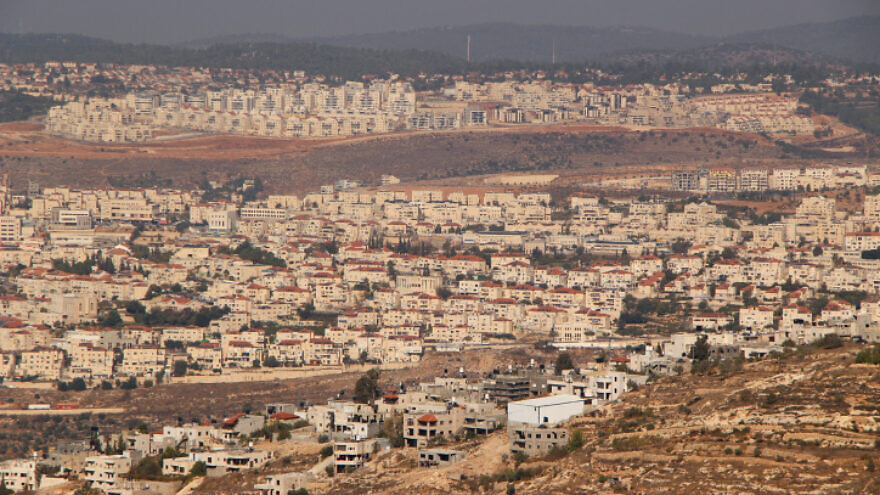 A view of Beitar Illit and Tzur Hadassah, as seen from Gush Etzion in Judea and Samaria, on Nov. 25, 2019. Photo by Gershon Elinson/Flash90.
Spread the word.
Help JNS grow!
Share now:

(October 26, 2021 / JNS) The Biden administration sent the Office of Israeli Prime Minister Naftali Bennett a written protest over Jerusalem’s decision to authorize the construction of 3,000 new housing units in settlements in Judea and Samaria, Walla reported on Tuesday.

The letter followed a statement by the U.S. State Department that expressed “deep concern” over the decision, adding that plans to approve currently unrecognized outposts are “unacceptable.”

This is the first time that Israel has approved construction in Judea and Samaria since U.S. President Joe Biden entered the White House. It follows ongoing American pressure on Israel to reduce building in the settlements.

On Monday, the European Union called on Israel to cancel tenders slated for housing construction in Judea and Samaria.

“Settlements are illegal under international law and constitute a major obstacle to the achievement of the two-state solution and a just, lasting and comprehensive peace between the parties,” said a European Commission spokesman in a statement, according to Reuters.