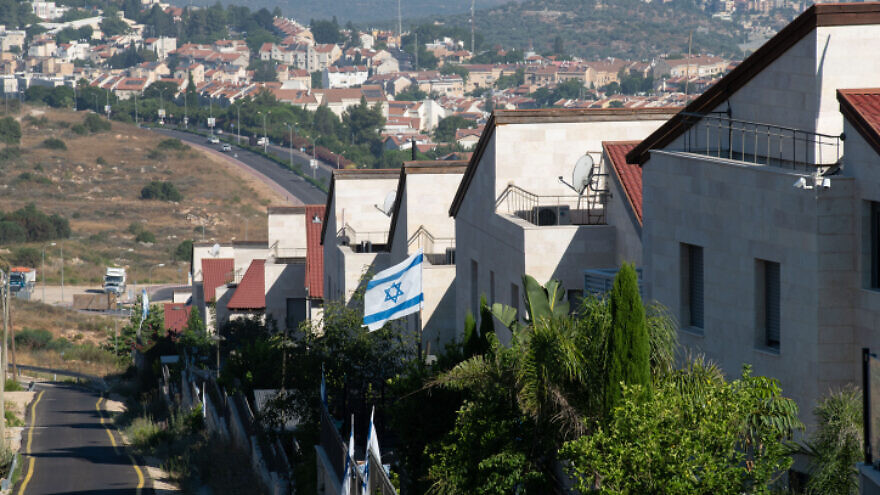 The town of Ariel in Judea and Samaria in July 2020. Photo by Sraya Diamant/Flash90.
Spread the word.
Help JNS grow!
Share now:

(October 25, 2021 / Israel Hayom) At the direction of Israeli Housing and Construction Minister Ze’ev Elkin and contrary to calls from Washington, the Israel Land Authority issued a tender on Sunday to market some 1,000 housing units in Judea and Samaria.

Among the tenders are 346 housing units in Beit El, 42 units in Elkana and another 50 units at a reduced price. In Beitar Illit, 252 housing units will be built.

The construction of 3,144 housing units in Judea and Samaria will be approved on Wednesday. The Supreme Planning Council of the Civil Administration will also approve, among other things, the outline plan of Mitzpe Dani in the area of ​​Ma’ale Mikhmas in the Benjamin region.

This is the first time in the current government’s tenure that construction plans have been greenlighted in Judea and Samaria. The Supreme Planning Council was supposed to convene several months ago and approve a little more than 2,000 housing units but was prevented from doing so by a strike of Civil Administration employees.

On Friday, U.S. State Department spokesman Ned Price said the United States was “concerned” about the housing plans. He called on Israel and the Palestinians to “refrain from unilateral steps that exacerbate tension and undercut efforts to advance a negotiated two-state solution” to the conflict.

The head of the Beit El Regional Council, Shai Alon, said on Sunday: “This is a day of celebration for Beit El. … Together with expansive commercial areas that will be built, we will soon be able to see in Beit El scenes we haven’t seen before on our way to making it a city and the capital of the [Benjamin region]. With the release of the plan to build 346 additional housing units in Beit El, we are bringing to fruition the ‘1,000 housing unit plan in Beit El’ that we promised.”

Alon added: “I would like to thank Prime Minister Naftali Bennett, Housing and Construction Minister Ze’ev Elkin, Interior Minister Ayelet Shaked, Defense Minister Benny Gantz [and] our friends in the opposition who helped get this plan validated.”

However, not everyone in the right-wing camp celebrated the plan.

Knesset member Itamar Ben-Gvir, chairman of the far-right Otzma Yehudit Party, decried the plan on Twitter, saying: “Bennett, wake up, you are once again bowing to the demands of the Muslim Brotherhood and giving land to the Palestinians where they will raise the Palestinian flag. This will be a disaster for generations. You’ve sold everything to [Ra’am chairman MK Mansour] Abbas!”