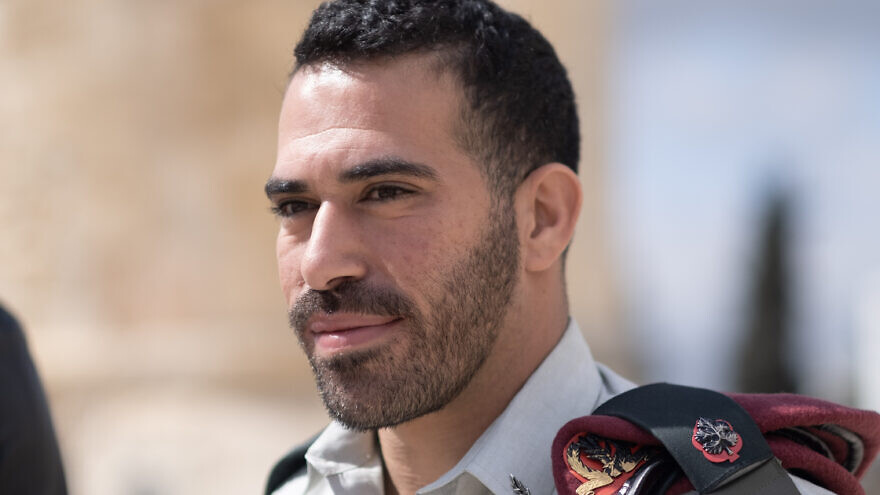 (October 3, 2022 / JNS) Maj. Bar Falah, deputy commander of the Nahal Brigade’s Reconnaissance Battalion, was killed on Sept. 14 during a firefight with terrorists attempting to cross the security barrier near the Gilboa crossing in northern Samaria.

Around a thousand people attended the 30-year-old’s funeral at the military cemetery in his hometown of Netanya. His girlfriend, Ariel Sebbag, said, “My man, my life, who took so much on himself, who came into my life and my soul. The number of friends you had shows how much light you brought to the world.”

A Birthright group composed of American Jews in their 20s and 30s traveled with several Israelis in February 2022, including Falah. Despite knowing him for just a few days, they said Falah made a powerful impression.

“Bar had soul-piercing eyes and a quick smile,” said Brooke Maserow of Southern California, director of the Western Region for the Birthright Israel Foundation, who was one of the Americans on the Birthright trip. “We shared a halloumi salad over lunch one day, and he kept telling me to eat more because if I was at his mother’s house, she would be disappointed if I didn’t ask for seconds. I’d known him a day, but he already saw me as part of his family.”

Falah and the American Jews visited Yad Vashem. Falah previously traveled across Poland, visiting mass graves from the Holocaust, and he was so shaken by the experience that he wrote a poem. Its final lines took the form of a vow he made while standing before the graves at the village of Zbylitowska Góra in southern Poland:

“That day I swore to myself, over my dead body, until my last breath. The Jewish people will never go through this again. Not while the IDF is ready. Not while I’m here.”

From June 1942 until 1943, the Germans used the Buczyna Forest in Zbylitowska Góra as a remote mass execution site. Some 10,000 people were murdered there and buried in pits. On June 11, 1942, alone, they killed 6,000 Jews from the Tarnów Ghetto, including 800 children from the orphanage, who were killed in the pits with hand grenades. 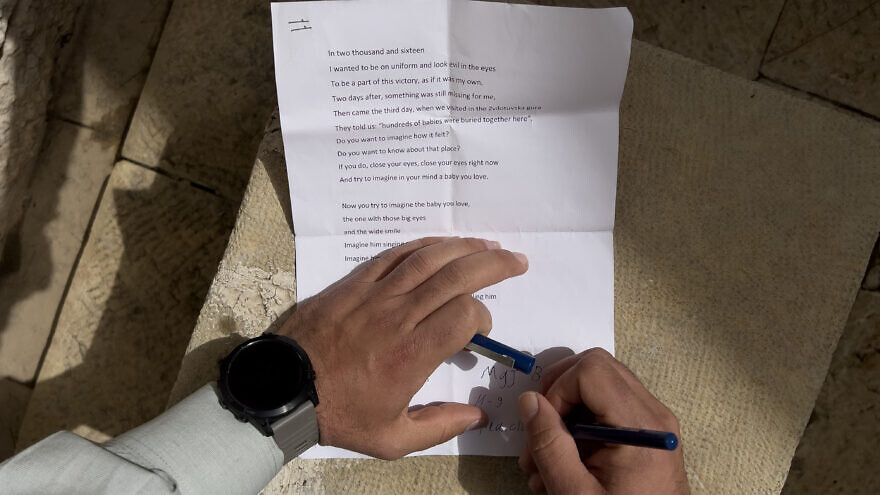 Falah’s poem resonated with his new friends as a light shining onto the Jewish people and illuminating the reasons for their trip.

“He was standing on this massive grave of children [in Poland], and he thought of his nephew and how, in every fiber of his being, he will never allow this to happen again to the Jewish people or State of Israel until his dying breath,” Maserow said. “To see someone who was the epitome of a sabra—tough on the outside, soft on the inside—open up to this group to be our friend in three days of knowing each other was unbelievable.”

For the Americans who met him, the muscular infantry officer was a living repudiation of anti-Semitic depictions of Jews as small, weak people without the ability to defend themselves.

“I only recently found out about my Jewish heritage, so for the most part I have an outsider’s perspective,” said Michael Boulrice, an IT systems administrator from San Diego who also met Falah on Birthright. “As someone who didn’t grow up in the Jewish community, looking at depictions of Jews in media, a lot of them are not very flattering.”

“What stood out about Bar was he really was the epitome of a soldier, a professional, and there’s something very admirable in someone who chooses that…he was what I would describe as a warrior poet,” Boulrice said. “I think when he went to [Zbylitowska Góra], he really did stare evil in the eyes, and he said, ‘I’m not going to let that happen.’”

Falah was willing to pay the ultimate price to defend his country and his people. Boulrice called him a hero in the mold of King David, and Maserow said that Falah, in his tragic death, managed to fulfill his mission in life.

“The only comfort I can find is in the fact that I knew he did what he wanted to do, and it was the way he wanted it to happen,” Maserow said. “It was just way sooner than anyone could have anticipated.”

In the eyes of those who knew him, Falah’s legacy serves as inspiration for all Jews across the world.

“I hope that we can all strive to be a bit like Bar,” Boulrice said. 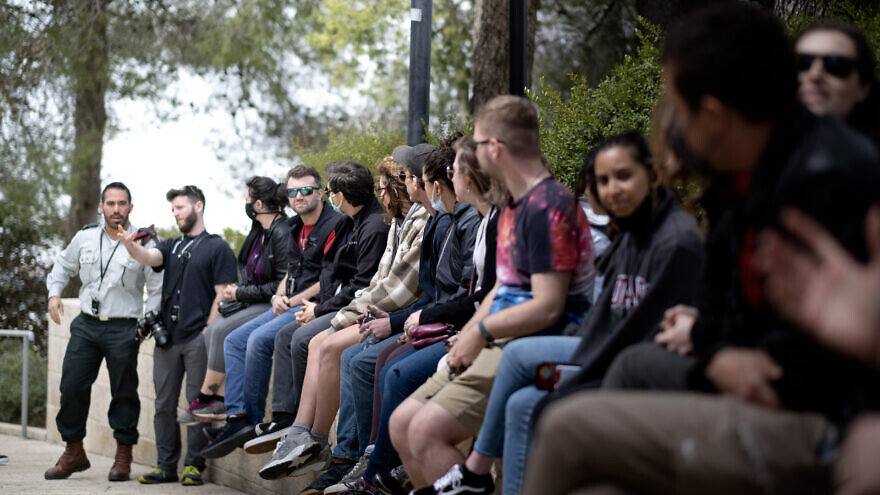 Maj. Bar Falah traveling with a birthright trip in February 2022. Photo by Levi Meir Clancy.
Republish this article in your newspaper or website