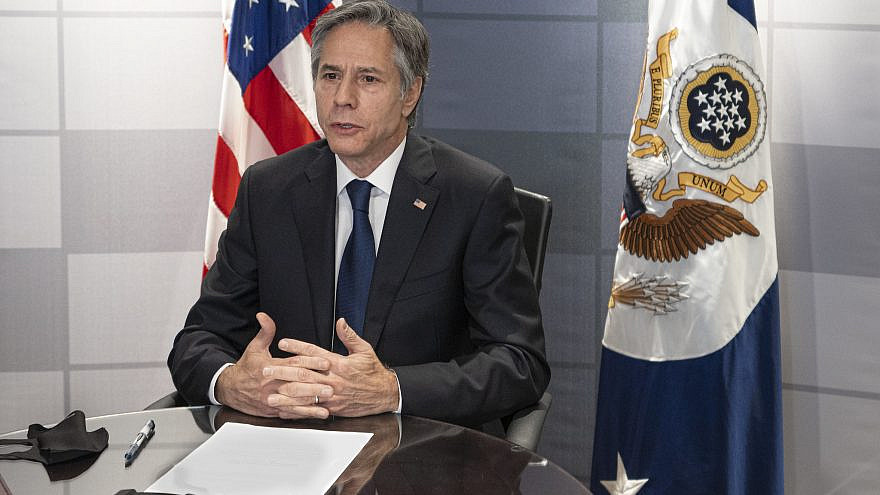 (May 12, 2021 / JNS) U.S. Secretary of State Antony Blinken backed Israel’s right to self-defense as the onslaught of rocket fire being launched by Hamas in Gaza has entered its third day on Wednesday.

“I think Israel has an extra burden in trying to do everything they possibly can to avoid civilian casualties, even as it is rightfully responding in defense of its people,” he said, adding that the images of dead Palestinian children are “harrowing.”

“We’re deeply concerned about what we’re seeing there,” he said. “The loss of any civilian life is a tragedy.”

Nevertheless, while Blinken noted that both sides must reduce violence, he drew a distinction between “a terrorist organization, Hamas, that is indiscriminately raining down rockets in fact targeting civilians, and Israel’s response, defending itself.”

The top U.S. diplomat also said Deputy Assistant Secretary of State Hady Amr is being sent to the region to meet with Israelis and Palestinians to de-escalate the situation.

Amir, who previously served as U.S. Deputy Special Envoy for Israeli-Palestinian Negotiations from 2014 to 2017 during the Obama administration, has been accused of working with anti-Israel groups in the past. Earlier this year he led the first contacts between the Biden administration and Palestinian Authority, and also played a role in helping the administration restore funding to the Palestinians.

Blinken did not elaborate on who Amr would meet with or how long his mission will be. The Biden administration has come under fire for not doing enough to help stop the ongoing violence.

In response, Blinken said that the administration is “very focused” on the issue and is committed to a two-state solution.