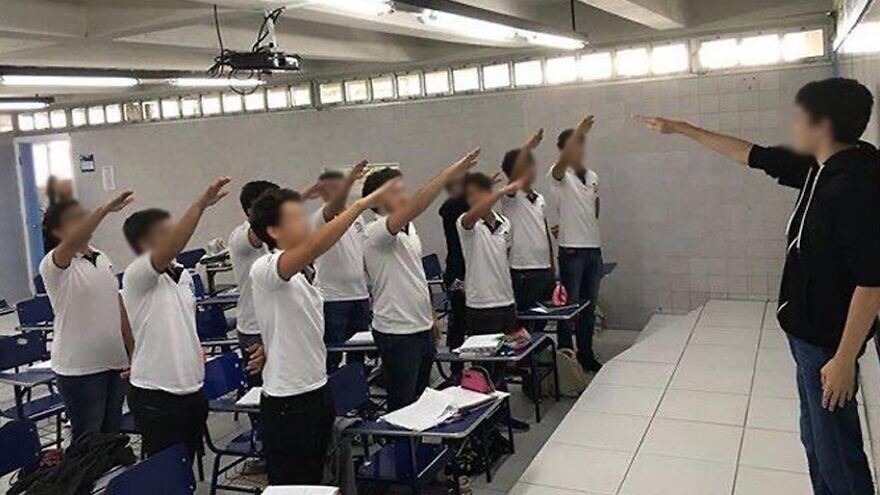 (March 10, 2020 / JNS) A group of 11 high school senior students in Brazil did the Nazi salute in support of a fellow peer who was running for class representative.

Students at Saint Mary School in Recife, a private school in northeastern Brazil, displayed the Nazi hand gesture during class.

A photo of them doing the salute was published on Instagram on March 4 with a caption that contained Nazi-related terms such as the hashtags “Aryan” and “Fourth Reich,” according to daily newspaper Folha de São Paulo.

The student running for class representative “promises to be the new Fuhrer of the grade on this journey towards building a new and innovative Reich,” said the Instagram post. The social-media account where the photo was uploaded has since been deleted.

The school’s principal met with the students involved and their parents on March 5 and gave the high-schoolers a one-week suspension.

The school said in a statement, “We apologize to everyone who has been offended. Our school does not tolerate any behavior which goes against Christian and ethical values, and the appreciation of life, as well as against respect for races, peoples and beliefs.”