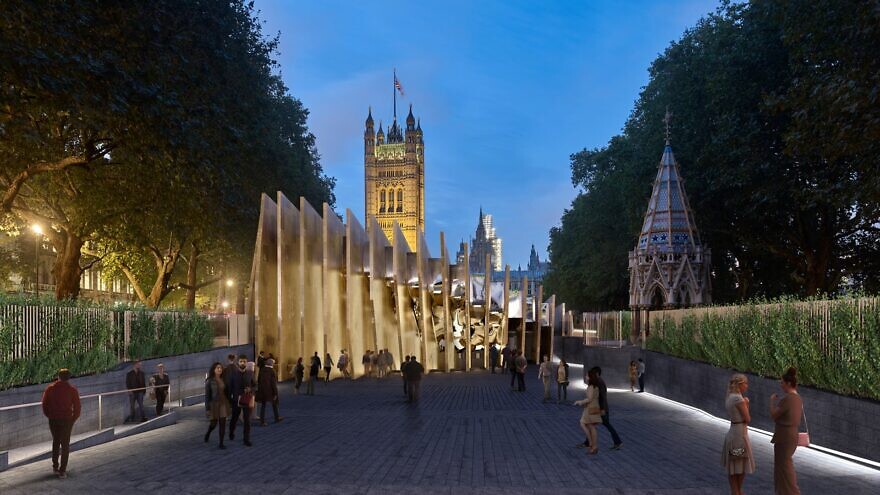 (February 25, 2022 / JNS) A British charity that has many Jewish members brought forward to the U.K.’s High Court a legal challenge opposing plans to build a Holocaust memorial and education center next to the British Parliament, The Evening Standard reported.

Richard Drabble, who is representing the London Historic Parks and Garden Trust in the High Court case this week, said that while the charity “welcomes the principle of an appropriate memorial to the Holocaust,” the issue “can be summed up in the phrase ‘right idea, wrong place.’ The proposed location for a project of this scale brings with it unavoidable objections.”

The proposed UK Holocaust Memorial and Learning Centre is set to be built in the Victoria Garden Towers, next to the Palace of Westminster, and will open in 2025.

However, Drabble argued that the Holocaust center would cause “harm to heritage assets, harm to the character, amenity value and significance of Victoria Tower Gardens as a registered park and garden, and harm to the mature trees surrounding the park.”

He pointed out in written arguments that the park is registered within the Westminster Abbey and Parliament Square Conservation Area and already features a commemorative sculpture; a fountain honoring the emancipation of slaves in the British Empire; and a memorial to two British suffragettes. “It is hard to think of a more sensitive area in terms of its cultural, historical and heritage significance,” he said.

He added the trust opposes the Holocaust memorial’s location because it is an “exceptionally serious intrusion into a green public open space of the highest heritage significance.”

Others who oppose the proposed site for the Holocaust center include some Holocaust survivors, the Westminster City Council and the Save Victoria Tower Gardens group.