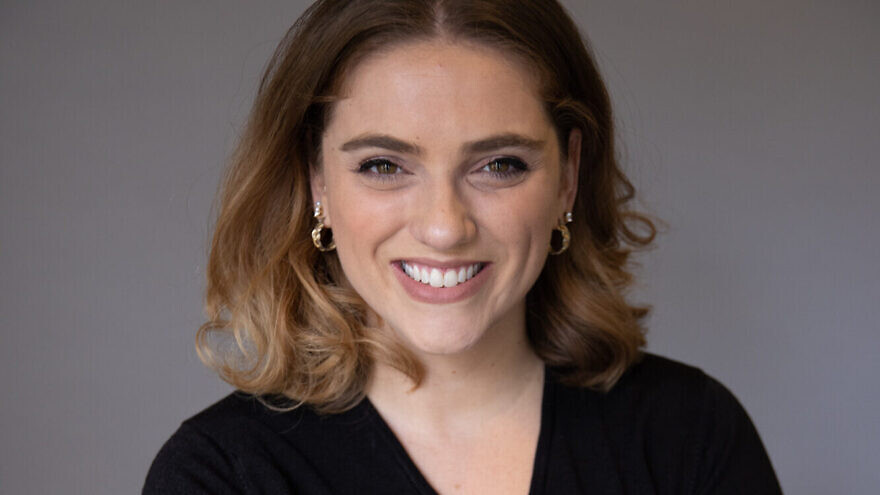 She said her organization began compiling data on the five major social media platforms in May.

“I had no idea Kanye [West] was going to have a mental breakdown and lead a celebrity-led public litany against Jewish people,” Cohen Montemayor told JNS. “I was working in the open-source intelligence space after being a lawyer for a couple of years and a lot of research was about the darker corners of the internet. What shocked me the most was what I saw on the dark content I saw on social media platforms. I said, ‘There’s no way we can accept this.’ ”

She asserted that things have spiraled out of control and it could have been prevented.

“If the right systems were in place, Kanye’s initial tweet would have not been allowed on or gone on for a very short time,” she said. “This didn’t have to happen. The entire episode could have been avoided.”

The question of what is protected by free speech and what crosses the line and becomes hate speech is not an easy one to answer. But Cohen Montemayor said one phrase that is repeated refers to Jews as the “Synagogue of Satan.” She added that while the phrase does appear in the New Testament, it is frequently appearing online, and she hopes to get social media companies to realize it constitutes hate speech.

She said each example of possible antisemitism is vetted by two people and they have found 2,588 antisemitic posts so far.

A troubling fact, Cohen Montemayor said, is that when antisemitic content is reported to social media companies, “typically it’s left up about 80% of the time. Obviously, that’s terrible and we want the platforms to improve.”

One goal is for the social media companies to adopt the International Holocaust Remembrance Alliance’s Working Definition of Antisemitism, she said.

As a lawyer, she said it’s wrong for social companies to allow comments that violate their terms of service and “normalize fringe antisemitic thought.”

The goalposts have already been moved, she said. “The sad thing is what Kanye and Kyrie Irving saw online, it was on social media outlets, it wasn’t on 4Chan,” a fringe website notorious for its racist and antisemitic content. “Jews are being consistently demonized.”

While Cohen Montemayor said it is a complex issue, lives are at stake and the social media companies must make an effort.

“I don’t think the platforms have taken the time to address this term in a holistic way,” she said of the “Synagogue of Satan” trope. “They need to do their homework and see how antisemitism is spreading.”

She added that it is clear hate online translates to the street. “Jews are paying the price in real life because we know it doesn’t stop there,” she said.

Cohen Montemayor said that after Kanye’s tweet, there was a 50% increase in messages saying that Jews control the media and the economy.

In the last few weeks, she said, there was a “huge increase pitting the African-American community against the Jewish community,” with posts saying, “Jews Killed Blacks” and “Jews Enslaved Blacks.” She said that, since celebrities have such huge followings, antisemitism has quickly become mainstreamed.

“It’s potentially dynamite,” she said. “It keeps me up at night and I’m very worried.”

Cohen Montemayor noted that it is sometimes said that Jews worry too much, and when Kanye West—now known as Ye—made his initial statements, some tried to downplay it.

“We see now that he continued to even say he likes Hitler,” she said. “There was reason to be worried.”

One example that CyberWell found was an Arabic-language user promoting The Protocols of the Elders of Zion.

“We sent a letter to Twitter at the end of October alerting them,” she said. “No response.”

Cohen Montemayor added that CyberWell is not yet crowdsourcing data—i.e., asking individuals to report items to them—but will be doing so in the future.

“I think this can be implemented broadly to create real change to lessen the amount of antisemitism online,” she said.