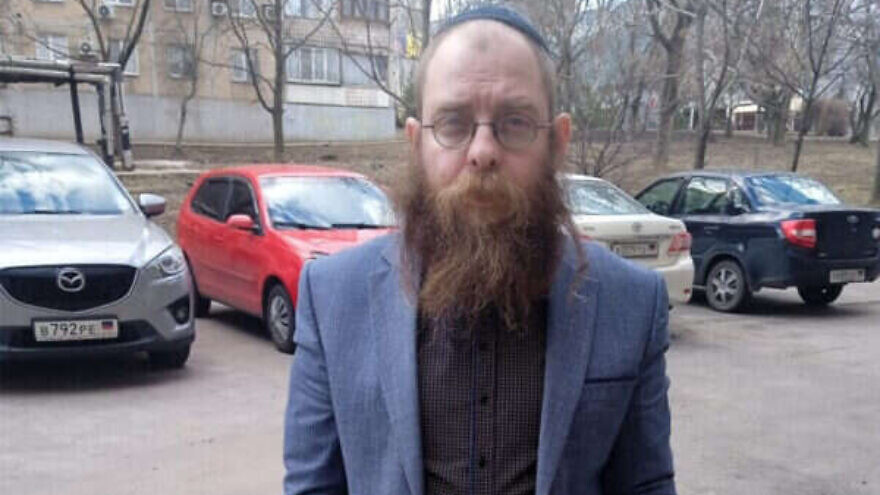 (February 22, 2022 / Israel Hayom) “After a tense Shabbat, tonight was relatively quiet, and I hope this is a sign of things to come, despite the fact that gunfire has already resumed,” said Aryeh Schwartz, a Chabad-Lubavitch rabbi in Donetsk, Ukraine.

“Tonight, artillery fire was felt on the outskirts of the city, but not to the same extent as in previous days,” he said. “On Shabbat, for example, there was constant artillery fire …. . It’s encouraging that in the city, some car traffic was also heard this morning. But right now, the gunfire has resumed, and I am trying at this time to rescue someone who is in a shelter in the area of the gunfire,” he added.

The individual in question was located about a mile from his location, he said.

According to Schwartz, the 5,000-strong local Jewish community is trying to remain calm despite the tense and complicated situation.

“What helps us on a day-to-day level is the support of the International Fellowship of Christians and Jews and the Federation of Jewish Communities of the CIS, the former Soviet Union. That includes, among other things, assistance in the event of an evacuation, if necessary,” he said.

Should the situation demand it, he continued, “we will contact community members, including those who do not go to synagogue [which is situated in the separatist area], and we will contact all of their friends.”

In practice, should the region become a war zone and its residents be forced to flee, community members will go to Rostov, near the border, said Schwartz.

“Naturally, different people have different constraints and desires. Everyone will decide what they are interested in doing. Of course, we will ensure everyone interested in making aliyah to Israel will be able to,” he added.