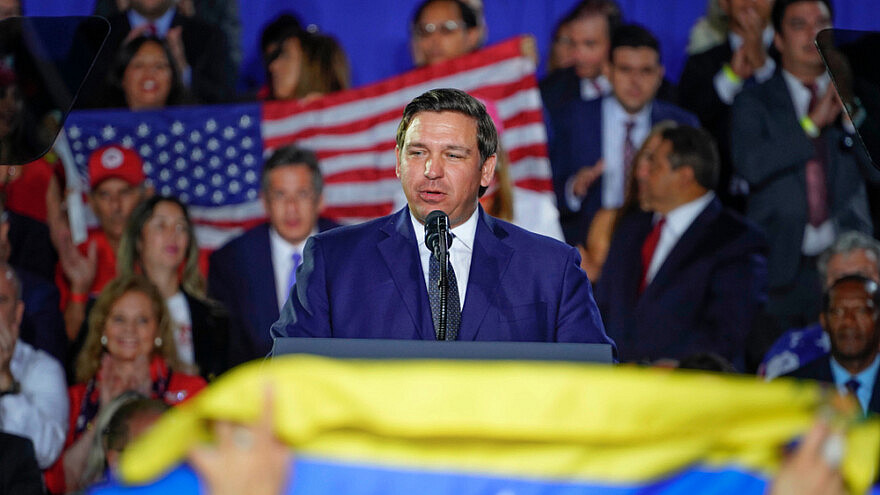 (December 28, 2022 / JNS) The founder of popular conservative Twitter account @libsoftiktok told Tucker Carlson in an interview released on Tuesday that Florida Gov. Ron DeSantis reached out and offered her a place to stay following her doxxing.

“When I was doxxed, someone from Ron DeSantis’ team called me,” Chaya Raichik told Carlson. “And she said the governor wanted me to give you a message. He said, if you don’t feel safe, or you or your family, if you need a place to go, to hide, to stay here, you can come to the governor’s mansion. That we have a guest house for you and you can come and stay as long as you need.”

Raichik, whose social media accounts recycle extremist rants from far-left ideologues, was doxxed by Washington Post reporter Taylor Lorenz in April. Lorenz tracked Raichik down, showed up at her relatives’ home and then published an article that included links to professional documents that listed her home address and place of business.

Lorenz also went out of her way to note that Raichik is an Orthodox Jewish woman.

Following her doxxing, Raichik went into hiding in a “safe location.”

She later revealed on her Twitter account that she was able to express her gratitude to Gov. DeSantis in person.

“I recently got the opportunity to thank Gov. Ron DeSantis in person,” Raichik posted on @libsoftiktok. “He was so gracious. Brushed it off. He said ‘of course! You do great work!’ It wasn’t even a question for him. Genuinely a kindhearted person.”