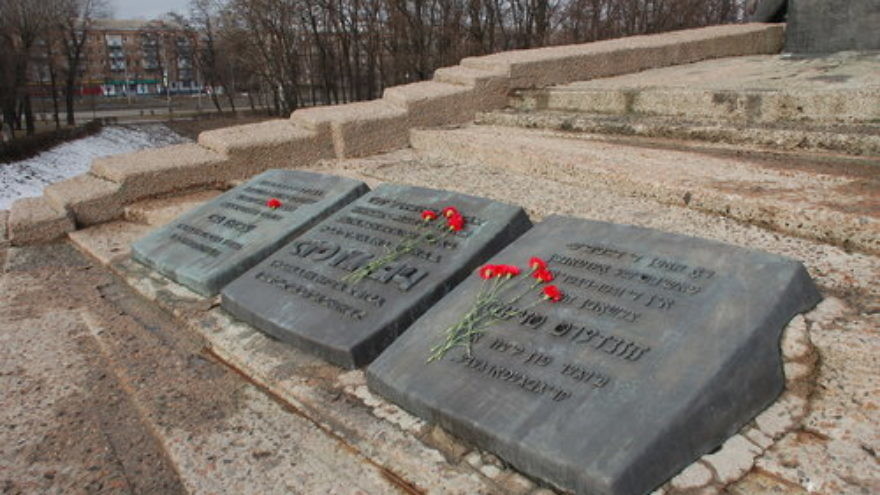 (October 24, 2016 / JNS) JERUSALEM – A prominent Jewish figure in Kiev found his Facebook account suspended after a post detailing Ukrainian collaboration in the Holocaust was flagged as violating the social networking site’s terms of service.

Eduard Dolinsky, director of the Ukrainian Jewish Committee, an advocacy group, told JNS.org he found himself locked out of his account Oct. 20 after posting an old video of a Soviet trial of two members of the Ukrainian Insurgent Army (UPA), who participated in the murder of Jewish civilians during World War II.

Dolinsky is an outspoken critic of the Ukrainian government’s alleged support for revisionist history. This wasn’t the first time he was censored by Facebook after expressing his views online. Over the past several weeks, two other posts critical of Ukraine’s past politics have also been removed by the social media site.

“I believe that this is an orchestrated attack of Holocaust deniers here in Ukraine, the post was absolutely correct,” Dolinsky said. He was careful to avoid foul language or any other objectionable content, which would have resulted in a prompt takedown, he added.

Dolinsky had previously expressed disapproval of a sign placed at the Babi Yar ravine in Kiev on the 75th anniversary of the two-day massacre of 33,000 Jews by the Nazis. The sign memorialized members of the Organization of Ukrainian Nationalists (OUN), who were later killed at the site. The OUN, and its offshoot UPA, were both implicated in the murder of Jews and Poles during the war. While the groups were initially supportive of the Germans, later they turned against their erstwhile allies over the issue of Ukrainian independence.

Similar signs at the Kiev municipality also aroused the Jewish leader’s ire. Dolinsky commented on his Facebook account about both of the sign postings, which were subsequently removed as violations of Facebook’s terms of service.

Last year, the Ukrainian parliament passed a bill making the denigration of the OUN and UPA illegal, although it failed to establish a specific penalty for violators. Academics and human rights activists around the world condemned the law for censoring historical debate and establishing an official state narrative of the Holocaust.

Briman and Kogan had shared a post discussing the responsibility of World War I era Ukrainian leader Simon Petliura for a series of pogroms against the country’s Jews. The post, which contained a Russian epithet for Jews, was removed from both journalists’ timelines.

“I felt there is anti-Jewish censorship on Facebook,” Briman said. While he didn’t believe the government had any involvement, he does believe its passage of the bill honoring OUN and UPA had emboldened online trolls targeting his posts.

“We are talking about a well-organized community of Ukrainians, who well understand what they are doing,” Kogan added.

Unequivocally, experts say freedom of speech is restricted in Ukraine.

Professor John Paul Himka, a Canadian researcher who focuses on the Holocaust in Ukraine, said while he was unaware of any arrests related to such issues, he pointed to the recent government ban on the Polish film Wołyń, which detailed the WWII mass murder of Poles by Ukrainian nationalists during the war, as proof of stifling free expression.

“It’s a very sad day and a very serious matter if any criticism of the efforts of the Ukrainian government to distort the history of World War II and the Holocaust are taken down by Facebook,” said Dr. Efraim Zuroff, director of the Wiesenthal Center’s Jerusalem office. “Such a ridiculous policy basically gives the Ukrainian government a green light to continue to glorify individuals who participated in the mass murder of Jews during the Holocaust.”

Asked about the Facebook incidents, Volodymyr Viatrovych, director of Ukraine’s state-sponsored Institute for National Memory, told JNS.org he did not believe that “Ukrainian politics of decommunization has some influence on politics of Facebook. There are no cases of censorship or limitations of freedom of speech in the laws of decommunization.”