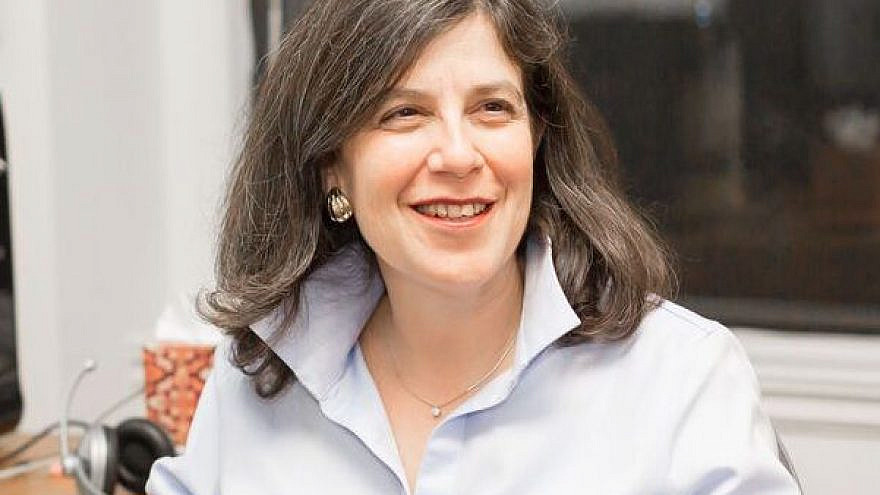 (June 7, 2021 / JNS) Before she entered the rabbinate, Jan Uhrbach was a litigator who yearned for work that aligned with her deepest values, including her spirituality.

“The law is combative, especially litigation, and I wanted to make a shift to focus less on winning and losing, and more on bringing competing interests together,” says Rabbi Uhrbach, who was recently named interim dean of the rabbinical school of the Jewish Theological Seminary of America (JTS), the conservative movement’s flagship seminary. The first woman to be elected to the position at the 135-year-old institution, which ordains both rabbis and cantors, Uhrbach, 58, plans to stress the values of unity and diversity of views in training the movement’s clergy.

The ability to make space for nuance and a range of views is a leadership quality Uhrbach thinks is especially needed at this time of division, both within Judaism and broader American society.

While Conservative movement clergy don’t necessarily have to be moderates, they do need to be able to make space for a range of perspectives, she believes.

“We are training leaders who can dwell in ambiguity and hold ‘both/and’ thinking,” says Uhrbach. “As the Conservative movement, we are the center. … It’s not necessarily about taking the middle ground each time, but the ability to allow for and hold competing values with commitment, which can be hard … the particular kinds of rabbis and cantors we ordain are so essential now.”

“There is evil, there is goodness. But where those lines are is more difficult to discern than most of us would like to believe.”

For Uhrbach, leadership comes in many forms, including the everyday tasks of taking accountability for one’s own community.

“There are countless people in leadership who are unifiers,” says Uhrbach. “It’s easy to stir up passion at the polarities and that’s what gets attention, but a lot of the work is being done in much quieter ways.”

Uhrbach highlighted the efforts of JTS graduates working in pastoral care in hospitals, hospices and homes throughout the coronavirus pandemic. “They make a difference in the healing process of people suffering illness and their families,” she says. “They aren’t necessarily grabbing headlines, but they have been some of the greatest heroes in the pandemic.”

And she believes that rabbis and cantors should take moral stands. An example, she says, is marriage equality, regardless of sexual orientation.

“I took a public stand in favor of marriage equality because I believe Judaism demands that we work toward the full dignity of all human beings,” she says.

Asked via email to comment on current events, including the recent Israel-Hamas conflict and rising incidents of violent anti-Semitism across the United States, Uhrbach declined, but wrote generally of the need for clergy in the Conservative movement to balance moral imperatives, including the commitment to fellow Jews with a commitment to humanity.

Another example, she stresses, is the need for practicing Jews to balance obligations towards fellow Jews and obligations toward humanity as a whole. “These are both fundamental Jewish values, which are sometimes easy and sometimes difficult to reconcile, but we’re not free to abandon either one.”

‘We all need to push ourselves to grow’

Uhrbach says she is “most at home” with Judaism through “study in intellect and the life of prayer,” but believes direct engagement with the world is also important. Under her leadership, she would like JTS to nurture clergy with a range of spiritual styles.

“I want our school to be a place where people with a range of ways of connecting to God can grow: through study and intellect; piety and prayer; pastoral work and being present one-on-one; and social action,” she says. “We all need to push ourselves to grow in each area while acknowledging no one person can serve God in all ways at all times. We do it together as a community.”

In terms of social action, Uhrbach believes that while conservative rabbis and cantors should not endorse candidates, “anyone who has read the Tanach would be hard-pressed to argue politics has no place in the Torah. The Exodus narrative is about overturning an unjust society. To say a rabbi has no place in politics is to render religion irrelevant. Religion can comfort, and it should. It should also challenge us to confront ways we may be contributing to injustice.”

She added that there is “no ideological or political litmus test” for JTS students. “There is evil, there is goodness. But where those lines are is more difficult to discern than most of us would like to believe most of the time.”

‘The world needs leaders to be publicly vulnerable’

Uhrbach’s role models include Rabbi J. Rolando Matalon, and Hazzan Ari Priven, spiritual leaders of Congregation B’nai Jeshurun on Manhattan’s Upper West Side, which she has attended since the 1990s. She also cited as “lifelong influences” two mentors from her law career. One is Judge Kimba Wood, for whom she clerked after law school in the Southern District of New York, and whom she admires for her “commitment to justice and kindness.”

She also admired Robert Callagy, head of Satterlee Stephens Burke & Burke, a Park Avenue law firm she worked for and made partner at in the 1990s. A devout Catholic who “knew the name of every employee, from the person who worked in the mailroom to the people who cleaned the office at night,” Callagy structured the firm’s pay scale so there was not too big a gap between the highest and lowest earners.

“He embodied a generosity of spirit and kindness and a sense of ‘Dayenu’—that the world is not just about acquiring more and more,” she says.

Uhrbach also honors the memories of her father and mother, whom she says modeled spiritual and personal growth.

“My mother was ahead of her time in a lot of ways,” says Uhrbach. “She always treated my sister and me with a lot of respect, and was interested in what we thought and felt. So much of who I am is shaped by who she was.”

In terms of being the first woman to lead the rabbinical school at the Conservative movement’s educational wing, Uhrbach says she feels privileged and excited.

She believes it remains “more socially acceptable” for a woman to be “vulnerable,” and that women leaders tend to bring a needed quality of “humility” to leadership.

“I think the world needs leaders willing to be publicly vulnerable,” says Uhrbach. “It is hard, but it’s something we can model. Being able to say, ‘I don’t know’ or ‘I was wrong’ or ‘I need help’ … I’d like for us to embrace more leaders who can do that.”