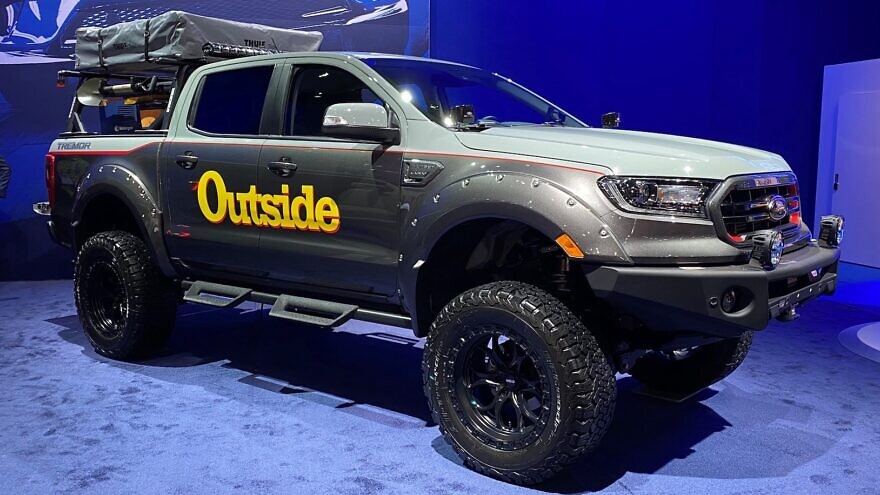 (November 10, 2021 / JNS) Ford has approached Israeli Watergen, one of the world leaders in atmospheric water generation, to collaborate as facilitators for its off-grid adventure recreational vehicles. The project will result in Watergen’s Mobile Box, the world’s first vehicle onboard water generating system, to be pre-installed on Ford vehicles.

The device extracts clean water from ambient air. It made its world debut on the Ford Ranger pick-up truck at the Specialty Equipment Market Association (SEMA) show from Nov. 2-5 in Las Vegas.

The Mobile Box can generate up to 25 liters per day of fresh drinking water, removing the need to carry bottled water and reducing plastic waste. The unit simply needs a 12V power supply and access to fresh air to produce it.

Ford will mount the unit—fitted with sturdy wheels for ease of transport—on the flatbed of the Ranger, where it occupies minimal space due to its compact dimensions. The portable device is equipped with replaceable filters and a mineralization system to ensure a constant and reliable water supply.

Due to its compact design, the system can be mounted externally on various types of vehicles, including trucks, trailers, buses, RVs, motor homes, and all modes of luxury land and sea transport, and at only 30 kilograms (about 66 pounds), the impact on fuel consumption is minimal.

All the system requires for optimal water production is access to fresh air in temperatures between 59 degrees and 113 degrees Fahrenheit and 20 percent to 99 percent humidity.

After SEMA, the Ford Ranger fitted with Watergen’s Mobile Box will embark on a 12-month tour of the United States in collaboration with Outside magazine, where journalists and members of the public will be able to see the mechanism at work. 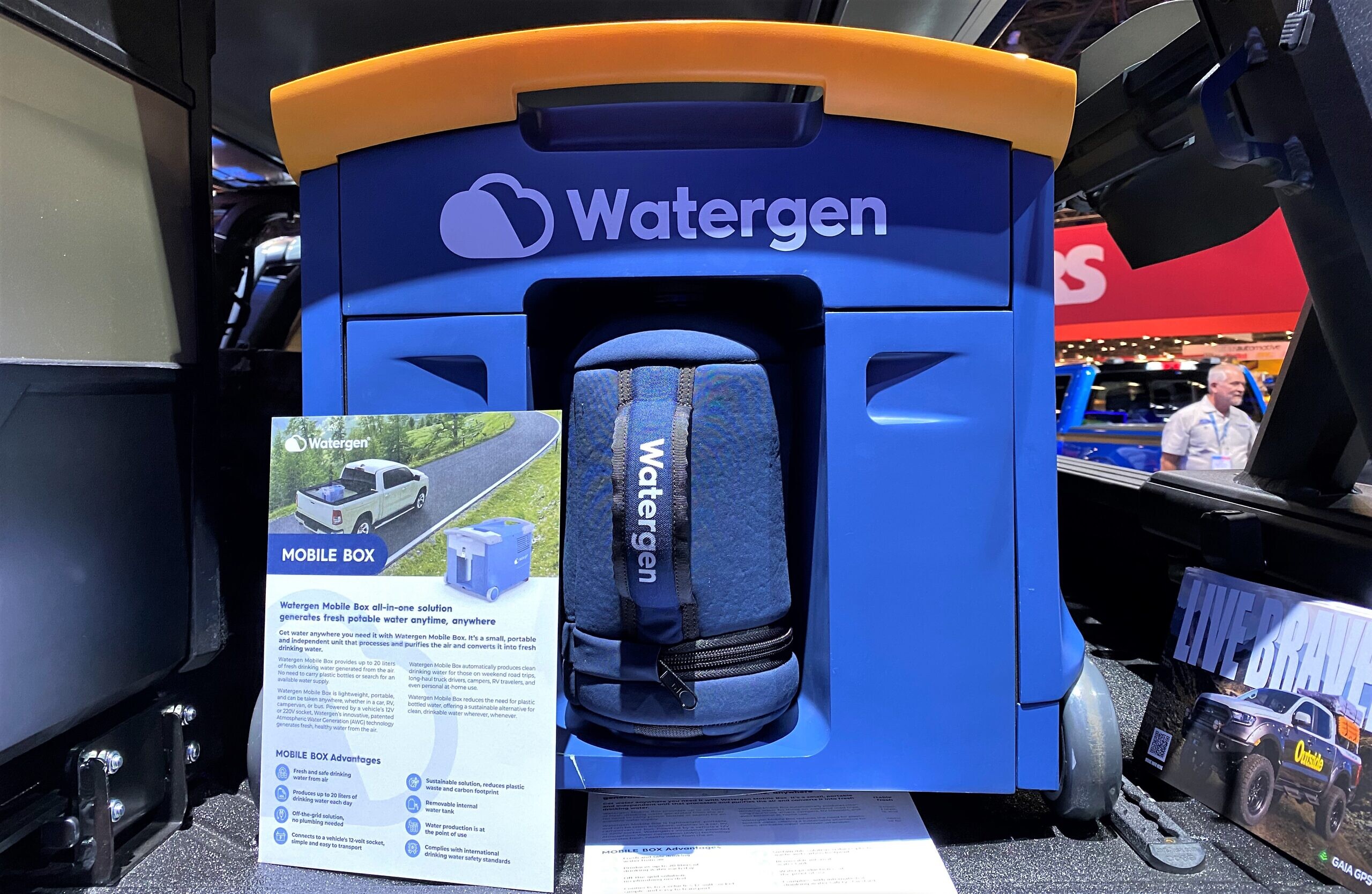 Due to its compact design, the system can be mounted externally on various types of vehicles. Credit: Watergen.
Republish this article in your newspaper or website