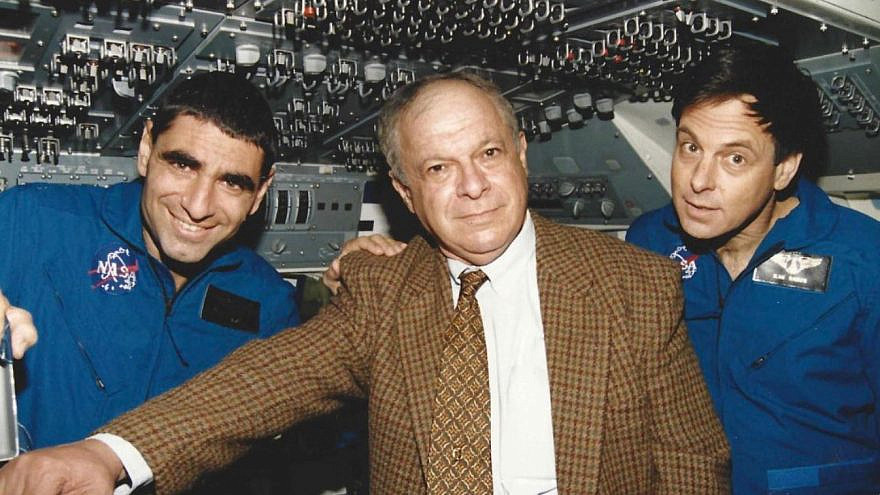 (June 7, 2021 / JNS) Aby Har-Even, former director-general of the Israel Space Agency, died on Sunday from complications related to injuries he suffered during the riots last month that rocked the country.

Har-Even, 84, was staying with his wife at the Effendi Hotel in Akko when Arab rioters set fire to it on May 11. Though his wife managed to leave without injury, Har-Even suffered serious burns and smoke inhalation. He was transferred to Haifa’s Rambam Medical Center for treatment, where he finally succumbed to his wounds.

Har-Even served many roles within Israel’s aerospace industry during the 1980s and 1990s. He led the Israel Space Agency from 1995 to 2004. Although the agency had a tiny budget, Har-Even developed it by partnering with space agencies from other countries, including the United States, France, Germany and India.

“He was a key figure in advancing the field of space in Israel, both in industry and in the defense system,” said current ISA director-general Avi Blasberger.

“In his role as director of the Israel Space Agency, he promoted the agency’s foreign relations and was the first to place it at the center of the global space industry. Due largely to the work of Har-Even, Israel to this day is a space power on a global scale,” said Blasberger.

Har-Even also won the Israel Defense Prize for efforts that remain secret to this day.

Israeli Defense Minister Benny Gantz said, “I heard with great sorrow about the death of Aby Har-Even, winner of the Israel Defense Prize, former director of the space agency, who contributed greatly to Israel’s security in ways that will never be recounted.”

Akko was one of a number of mixed Arab-Jewish cities wracked by violence last month in what began in Jerusalem’s Old City in April and spread throughout Israel. During the disturbances in Akko, Arab rioters threw rocks, torched several hotels, burned boats in the port, attacked Jewish passersby and raised a Palestinian flag in the center of the city.

Following the riots, as part of a two-week “Operation Law and Order,” the Israel Police arrested 2,214 suspects and seized 970 illegal weapons across the country.