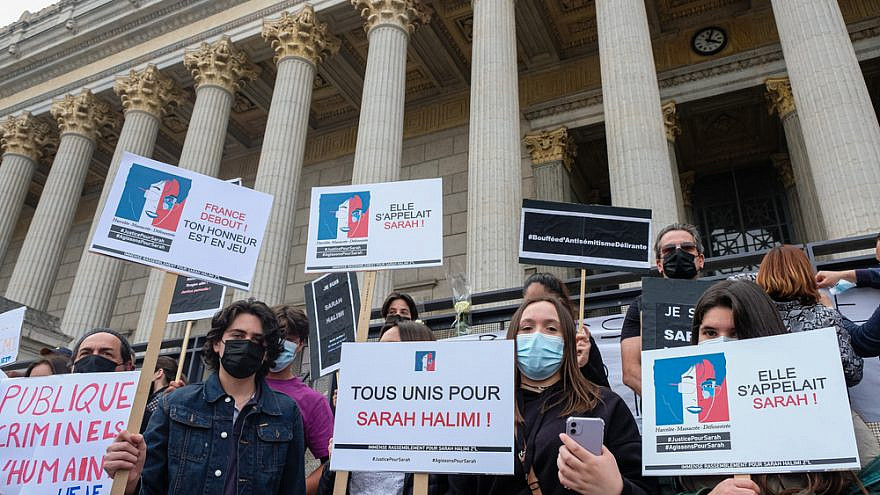 (June 9, 2021 / Israel Hayom) France’s Union of Democrats and Independents political party announced on Wednesday that a parliamentary commission of inquiry would be established to investigate the murder of French Jewish citizen Sarah Halimi.

Halimi, a 65-year-old former kindergarten director, was beaten in her Paris flat before being thrown to her death by her Muslim neighbor in April 2017.

In April 2021, a French court ruled that the neighbor, Kobili Traoré, would not have to stand trial because he had been high on drugs during the murder. The ruling led to an outcry in France and around the world.

In France, all political parties are allowed, once per year, to initiate a parliamentary commission of inquiry. French-Israeli parliamentarian Meyer Habib initiated his party’s request to form the commission into the Halimi murder and was appointed to spearhead it.

“I’m thrilled to announce that in a few weeks, a parliamentary commission of inquiry will be formed to look into the deficiencies surrounding the case of Sarah Halimi,” said Habib.

“I will do … everything in my power to expose the truth,” he added.