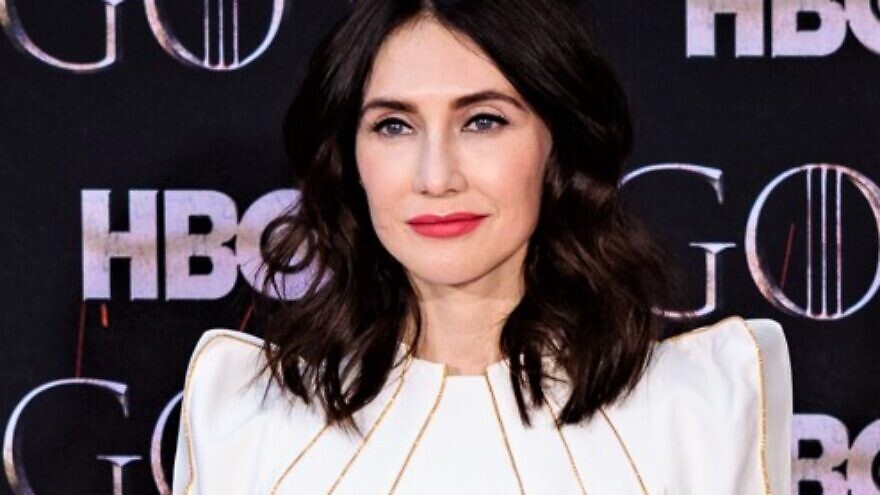 (December 5, 2019 / JNS) Dutch actress Carice van Houten, best known for her role in the hit HBO series “Game of Thrones,” canceled an upcoming television appearance in Belgium because of the use of anti-Semitic caricatures targeting Jews at a parade in the Belgian town of Aalst.

Van Houten and her associate, Halina Reijn, who is married to a Jewish soccer player, pulled out of a panel discussion scheduled for the talk show “The Appointment” after discovering that it would host Aalst Mayor Christoph D’Haese, who has denied that the caricatures at his city’s annual carnival are anti-Semitic.

The talk show’s presenter, Phara de Aguirre, wrote Monday on Twitter, “No Halina Reijn and Carice Van Houten as advertised. Reijn is married to a Jewish man and doesn’t want to share a table with Aalst’s mayor.”

He quoted Reijn calling the mayor “an anti-Semite” and said van Houten canceled out of solidarity.

In March, the carnival featured a float that depicted large-nosed religious Jews standing next to bags of money, with one carrying a rat on its shoulder. Although the float was widely condemned, including by Belgium’s UNIA watchdog on racism, organizers of the 2020 event have already published 150 caricatures mocking Jews.

On Sunday, D’Haese said Aalst will drop itself from the list of United Nations’ cultural heritage sites in order to keep the carnival, insisting that the caricatures fall under the category of satire.