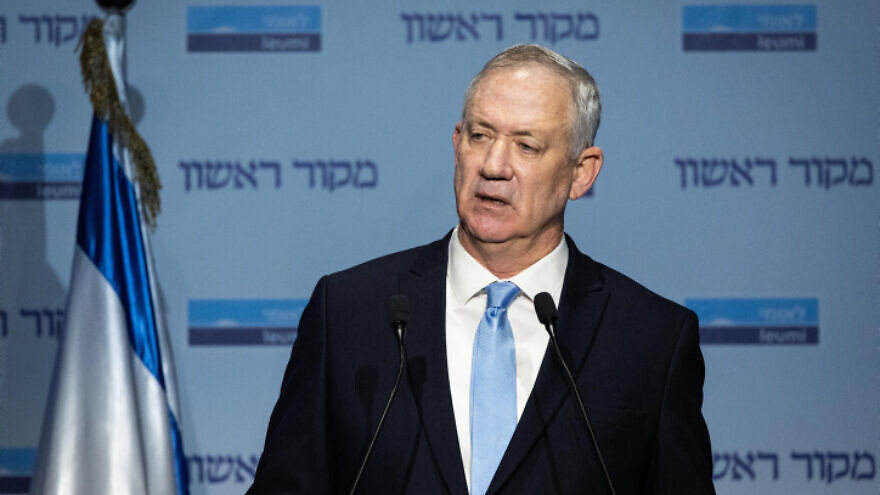 (February 23, 2022 / JNS) Israeli Defense Minister Benny Gantz warned Hezbollah on Wednesday that it would pay a heavy price for aggression against the State of Israel.

Speaking at Tel Hai College, the defense minister said during a memorial event for the commander of the Paratroopers Brigade Commando Unit, Eitan Balachsan, “I suggest that [Hezbollah leader Hassan] Nasrallah not settle accounts and equations against Israel, because the bill could be given to Nasrallah, Lebanon, and its citizens who surround him,” Gantz cautioned, according to a report by Walla.

“The bill will be presented with interest – and the interest will be high,” he stated.

In recent days, Nasrallah said in a speech that “due to the threat of transporting precision missiles from Iran to Lebanon and in cooperation with our specialized technicians and experts and those of the Islamic Republic (Iran), we have developed the capability of turning our missiles, which are thousands, to precision-guided missiles and we started this years ago, not now.”

However, the Hezbollah terror organization is apparently facing a difficult struggle in setting up a precision-guided missile program on Lebanese soil and has so far likely amassed dozens of precision missiles—possibly more than 100 such precision ballistic missiles—a new report by the Alma Research and Education Center has found.