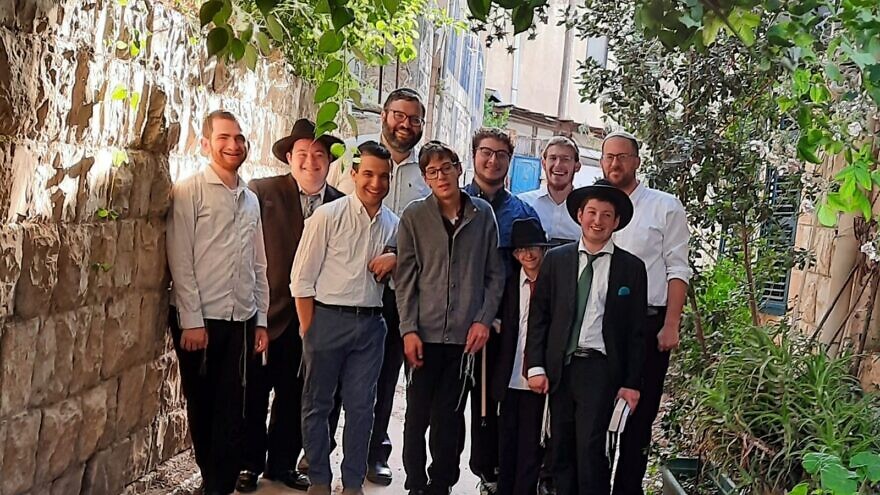 (November 29, 2022 / JNS) Thanks to Darkaynu, young men and women with disabilities can spend a gap year in Israel. Darkaynu programs in Jerusalem for women and in Alon Shvut for men provide an opportunity to learn, work and grow in Israel in the year or years following high school—much like the experience afforded their nondisabled peers. Twenty-eight students from Jewish communities in the United States, Canada, England and Australia recently arrived in Israel to take part in the program.

The Elaine and Norm Brodsky Darkaynu Program, part of the extensive Ohr Torah Stone network of programs, was founded in 2003. “I started the program because a girl (with disabilities) who had been in a regular mainstream program wondered why she couldn’t go to Israel for a year like her siblings,” recounts Elana Goldscheider, Darkaynu’s director. “How do I tell a person they can’t go? It is a terrible thing. We stopped and said, ‘Wait, you are like everyone else. You can!’”

According to Rabbi Dr. Kenneth Brander, President and Rosh HaYeshiva of Ohr Torah Stone, “Torah study, personal growth, independence and a relationship to Israel are integral parts of our Jewish human identity, and they must be made accessible to everyone. Ohr Torah Stone is deeply proud to have developed the Darkaynu program, which is preparing young men and women with special needs with the ability to embrace and pursue meaningful futures as active and committed members of the Jewish community.”

Ohr Stone was founded in 1983 and currently consists of 30 educational institutions, social projects, outreach programs and leadership development initiatives for men and women.

Goldscheider offers her students with disabilities an experience similar to her students without disabilities. “I created a word—“sidestreaming” or parallel streaming. The students with disabilities are not with their typical peers for everything, but they are alongside—we have parallel streams.” She offers an example from a recent outing: “We went hiking, but it was a little different. We did what works for us, and that is okay. Our students have to recognize what they can and can’t do—one who walks with two crutches would not enjoy a hike in the same way as another person, but she may enjoy a walking tour instead.”

The students in Goldscheider’s program learn in Jewish studies classes, participate in volunteer jobs in the community and work in ganim (child care centers), where they serve as teaching assistants, data entry, catering, book and clothing stores and the offices of the Orthodox Union. Participants also enjoy tiyulim—short trips around Israel—cooking classes and time with their adopted families.

The students comprise a wide range of cognitive functioning and independence skills. “Some take the bus alone to work, some walk, some take a van and some take the bus with staff,” reports Goldscheider. Of the 16 young women in this year’s Darkaynu cohort, nine have returned for a second year. “In their first year in Israel, they figure it out by February or March—so they want to come back. This is home!” Their learning, jobs and time and distance away from families helps students develop life, interpersonal and independence skills.

Avi Ganz, director of the Darkaynu program for men in Alon Shvut, reports that most of his 12 young men learn in a self-contained environment and work throughout Alon Shvut. “Two work in a pizza store, one in a winery, one on an army base, one in an industrial kitchen, one in a makolet (small grocery store) and one in a bakery,” he says. 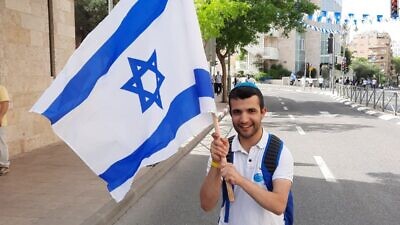 Another student, Isaac Anderson, 23, of Rochester, New York, works in Anak Stock, a store that sells housewares, kitchenware and games. “I price items, put them on the shelves, and do price checks,” he says. He is proud of the strides he is making in Hebrew, saying, “I am working on my Hebrew as much as I can and am trying to communicate as much as possible in Hebrew.” Anderson has returned for a third year in Darkaynu. “I didn’t know about it when I graduated high school,” he says. “I was in community college at the time and was doing very well. But I wanted to do something Jewish and expand my Jewish knowledge, to explore the Land of Israel and learn about Israel’s people and culture.”

Anderson reports that he learned of Darkaynu from Marc Fein, a NCSY regional director. “He put out my request on Facebook and friends responded and mentioned Darkaynu,” he recounts. “He contacted Avi Ganz and I enrolled in the Darkaynu program.” 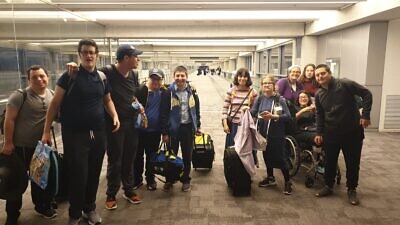 Anderson is considering his options for when he completes his third year at Darkaynu. He may return to the States or make aliyah. Ganz reports that some students return to the States to participate in Yeshiva University’s Makor College Program, a three-year non-degree program for young men with intellectual disabilities.

Ganz continues to attend “Israel nights” to spread news about Darkaynu. Like Goldscheider, Ganz does not want any member of the Jewish community to miss out on the experience of learning and living in Israel.

While Darkaynu offers a unique opportunity for young adults with disabilities, Ganz stresses the normalcy of the program: “The unique thing about Darkaynu is that there is no pomp and circumstance.”