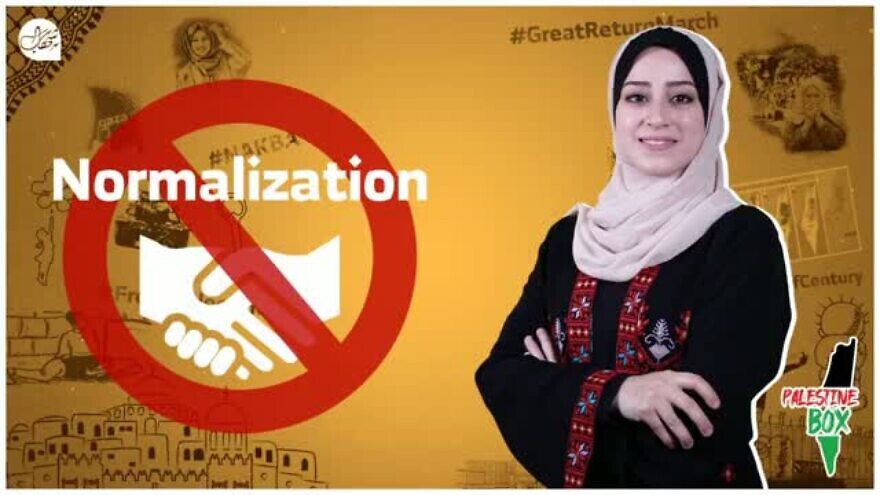 (April 30, 2020 / MEMRI) Palestinian activist Rami Aman, who participated in a two-hour video conference with Israelis earlier this month, has been arrested by Gaza police for attempting “normalizing relations with Israel” and for interrogation with regard to possible Israeli funding, according to Gaza-based journalist Alaa al-Asi.

In a video uploaded to Facebook by Hamas’s Shehab News Agency on April 18, al-Asi said that all joint activities, cooperation or dialogue with any Israelis, including peace activists, must be viewed as collaboration with the enemy.

The next day, she added, “police in Gaza arrested Rami Aman for interrogation on cases of receiving external funding from Israel and other issues, including normalization with Israel.”

Any dialogue with Israelis outside of the framework of the Palestinian “resistance,” even with Israeli peace activists, is unacceptable to “anti-normalizers,” she said.

“Dialogue—if it occurs outside the resistance framework—becomes dialogue for the sake of dialogue, which is a form of normalization, that hinders the struggle to end injustice. In the view of anti-normalizers, no form of joint activity, cooperation, or dialogue with Israelis is acceptable—even engaging with Israeli peace activists who have the best of intentions.”

All such undertakings, she said, “must be viewed as collaboration with the enemy.”