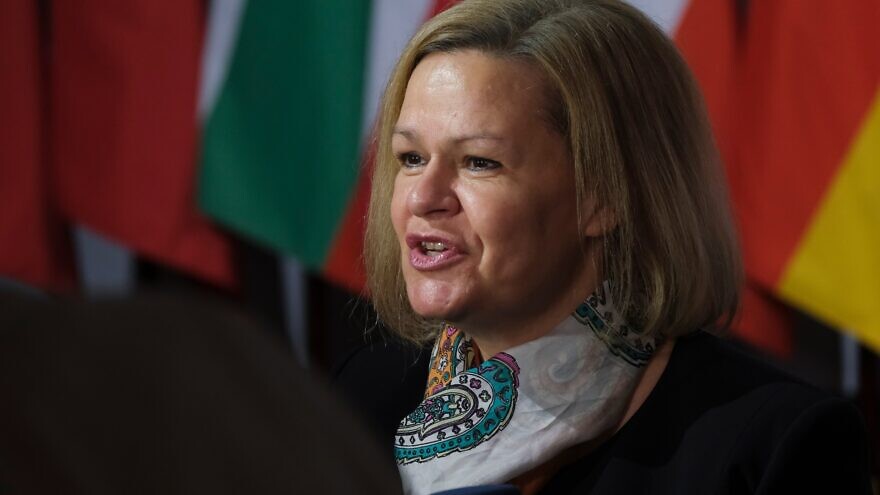 (June 3, 2022 / JNS) Germany’s Interior Minister Nancy Faeser signed a Memorandum of Understanding on cooperating with Yad Vashem to train German police about anti-Semitism during her visit this week to the Holocaust museum and memorial in Jerusalem.

She signed the MOU with Yad Vashem director-general Tzvika Fayirizen on Tuesday.

As part of the combined effort, “we are strengthening and supplementing existing measures to raise awareness of anti-Semitism as part of the basic and advanced training of federal police authorities,” said Faeser, according to a German publication cited by the European Jewish Congress.

She added that “for us, and also for me personally, it is very important to preserve the memory of the Shoah.”