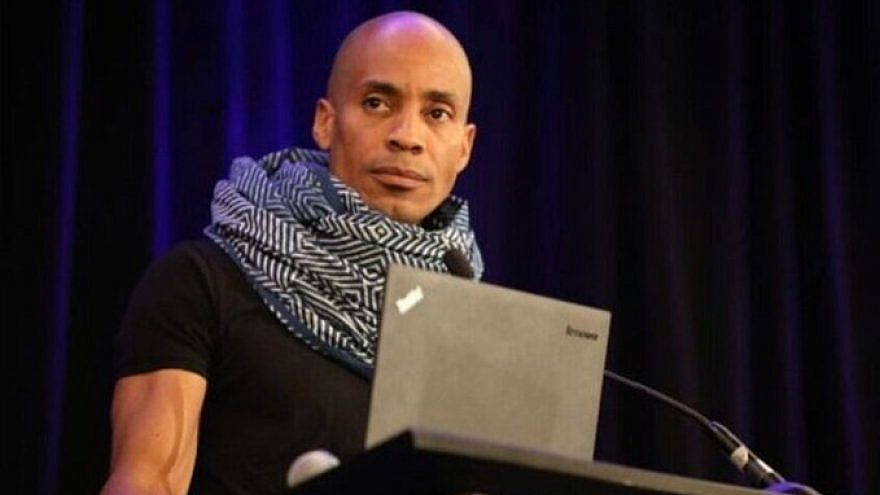 (June 3, 2021 / JNS) Kamau Bobb “will no longer be part of our diversity team going forward,” the tech giant Google announced Wednesday, after the surfacing of an anti-Semitic blog post its Global Lead for Diversity, Strategy and Research wrote in 2007.

In a statement obtained by the Jewish Journal, Google said: “We unequivocally condemn the past writings by a member of our diversity team that are causing deep offense and pain to members of our Jewish community and our LGBTQ+ community. These writings are unquestionably hurtful. The author acknowledges this and has apologized. He will no longer be part of our diversity team going forward and will focus on his STEM [Science Technology Engineering Math] work.”

In the 2007 post, first reported by The Washington Free Beacon, Bobb, then a research associate at Georgia Tech, shared his views on how Jews people should view the conflict in the Middle East.

With regard to Israel’s operations in the Hamas-ruled Gaza Strip, as well as in the Second Lebanon War, Bobb wrote that Jews have an “insatiable appetite for war” and an “insensitivity to the suffering [of] others.”

He slammed the Israeli government, then led by Prime Minister Ehud Olmert, and said that Jews should be “tormented” by Israel’s actions.

“If I were a Jew today, my sensibilities would be tormented. I would find it increasingly difficult to reconcile the long cycles of oppression that Jewish people have endured and the insatiable appetite for vengeful violence that Israel, my homeland, has now acquired,” he wrote.

“If I were a Jew I would be concerned about my insatiable appetite for war and killing in defense of myself,” he wrote. “Self-defense is undoubtedly an instinct, but I would be afraid of my increasing insensitivity to the suffering [of] others.”

Bobb said that as a Jew, his reflections on Kristallnacht, or the “The Night of Broken Glass” in Germany, which heralded the Holocaust, “would lead me to feel that these are precisely the human sentiments that I as Jew would understand; that I ought to understand and feel compelled to help alleviate.”

“It cannot be that the sum total of a history of suffering and slaughter places such a premium on my identity that I would be willing to damn others in defense of it,” wrote Bobb.

As a Jew, he said, “I wouldn’t understand the notion of collective punishment, cutting off gas, electricity and water from residents in Gaza because they are attacking Israel who is fighting against them. It would be unconscionable to me to watch Israeli tanks donning the Star of David rumbling through Ramallah, destroying buildings and breaking the glass.”

In its statement on Wednesday, Google said, “This has come at a time where we’ve seen an alarming increase in anti-Semitic attacks. Antisemitism is a vile prejudice that has given rise to unfathomable acts. It has no place in society and we stand with our Jewish community in condemning it.”

Last month, a group of 250 Jewish Google employees demanded that the company express solidarity with the Palestinians and sever all contracts with businesses or organizations that “support Israeli violations of Palestinian human rights,” including the Israel Defense Forces.

Also in May, the Israeli government announced it had signed a $1 billion deal with Amazon Web Services (AWS) and Google to provide cloud services for the country’s public sector and military.