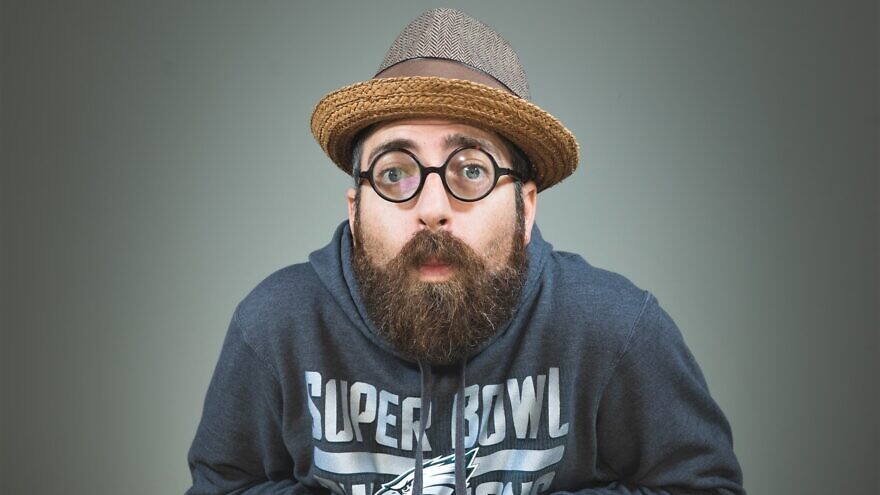 (August 2, 2022 / JNS) It’s not easy being the rabbi’s husband—just ask Joshua Kail, who is married to the leader of a Reform congregation in San Pedro, Calif.

“The No. 1 question any husband of a rabbi will get upon meeting someone from a congregation for the first time is, ‘Oh, are you a rabbi, too?’ ” Kail said, speaking to JNS.org in a phone interview.

Kail is the creator of a new Jewish satire and humor website, “From the Desk of the Rebbitzman,” which features irreverent “Rebbitzermons” on the weekly Torah portion, in addition to songs, lists, political commentary and advice. The humorous take on modern Jewish life launched on July 14.

The webpage—the name of which plays on “Rebbetzin,” the title used for the wife of a rabbi—is in no way intended to be an authoritative source of Jewish wisdom. Rather, as Kail explains in an introductory note: “When the Rabbi is too busy to share Jewish insight, and the Cantor is out tutoring next week’s bar mitzvah, and the Temple president is playing golf, and the Gabbi is on vacation in Boca, and the security guard is doing his rounds, you come to the Rebbitzman for your Jewish insight and advice.”

Published posts on Kail’s site include the Mariah Carey-inspired song parody, “All I Want for Tashlich is Crumb;” “The Traveler’s Prayer for Entering the Metaverse;” and “Modern Yiddish Curses,” a listicle that bridges shtetl humor with hot takes on contemporary life.

“May your Instagram feed finally get 1 million Likes and may it be for the post listing your shiva details,” one curse, typical of the blunt humor permeating Kail’s page, reads.

“I think my general tone is bitter sarcasm,” he clarified.

He is no stranger to humor writing. His previous published writing includes a fake Q&A with the founder of the QAnon movement, on glossynews.com. The piece led some to believe Kail had actually interviewed the mysterious conspiracy movement leader.

“Several people asked, “How did you land this?” Whether those were the sharpest people, I don’t know, but it also could build off of the very low expectations of Qanon’s intellect,” Kail told JNS.org.

Kail’s nascent Jewish humor website could potentially fill a void in the Jewish media ecosystem. While many Jewish sites are devoted to news, very few showcase Jewish creative writing, humor pieces or fiction. Kail experienced this absence firsthand when he struggled to find an outlet for an irreverent Jewish short story he wrote.

Drawing on a Hebrew school-level education, dozens of summers at the Conservative movement’s Camp Ramah and a number of years working in communications at Jewish Theological Seminary, where, incidentally, he received an honorary doctorate of love, Kail sought to create such a website himself.

So last month, he launched the site using the online publishing platform Medium.

Many of the posts on “Rebbitzman” are quick reads, and Kail is adding fresh new content twice a week. (Anyone can subscribe and be alerted when new posts go live.) He also shares links to pieces on Twitter, where he goes by the name “The RebbitzMan.” 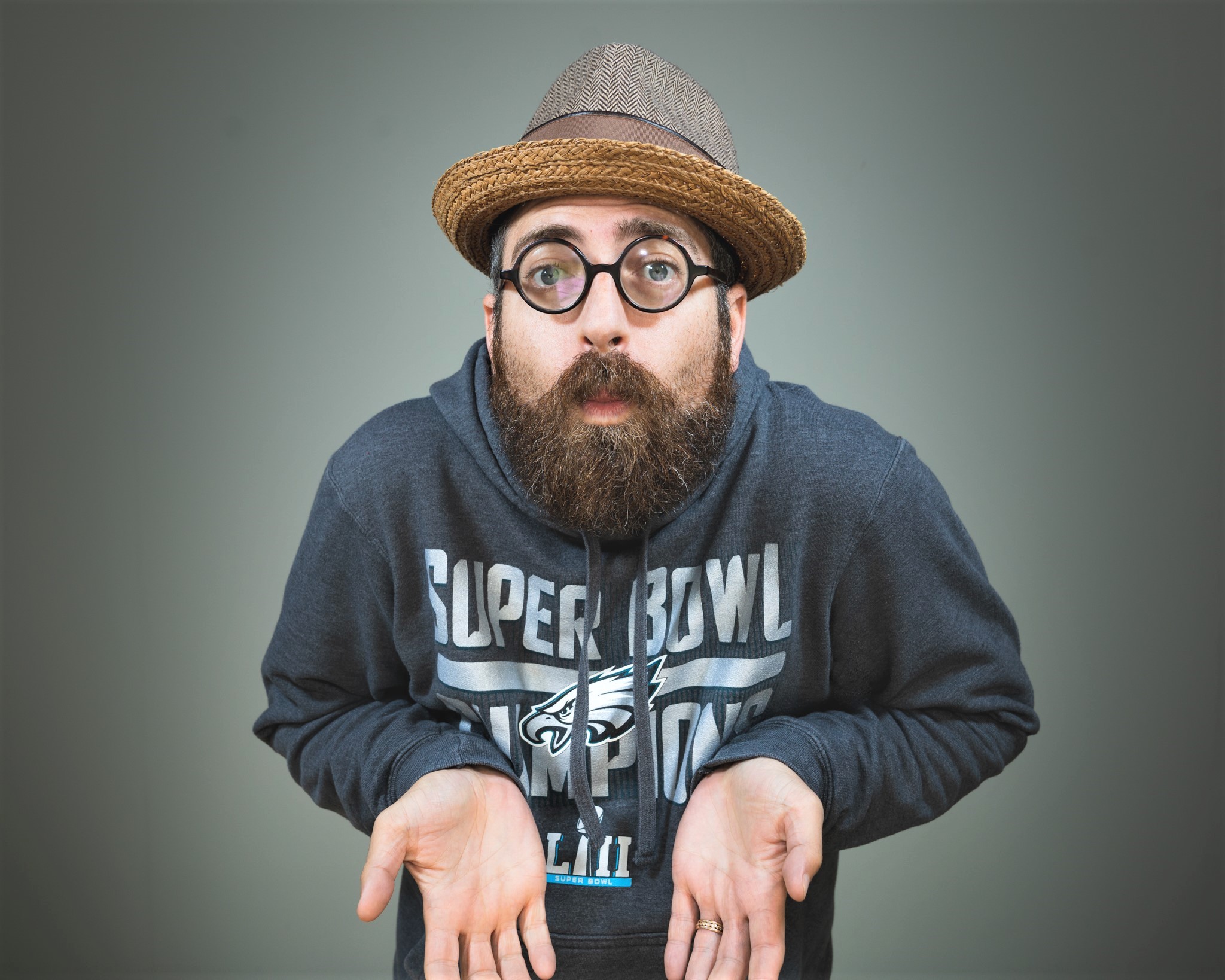 ‘Using it to cope with life’

Kail, who lives with his wife of 16 years, Rabbi Cassi Kail of Temple Beth El in San Pedro, Calif., with their two children in Rancho Palos Verdes, is self-deprecating about his writing.

“I had this conversation with my son recently, where I said, ‘Your mom does great sermons and your dad does these stupid little posts,’ ” said Kail.

But, he said, “where I have the advantage and Cassi doesn’t is when she’s working on a High Holiday sermon, she will be on her bed with her computer on her lap and 17 books around her, and I’ll be at the foot of the bed with the TV on while writing these.”

In fact, one of his latest posts speaks directly to the frenzied experience of being married to a rabbi leading up to the Jewish New Year.

“Keep a recent photo of your rabbi spouse on you,” cautioned Kail, “so that you can remember what they look like, as you may not see them face-to-face until Hanukkah.”

All joking aside, Kail believes in the powerful role humor has played in sustaining Jews through tough periods in history.

“The inherent part of humor in Judaism is using it to cope with life,” he said.

Asked about comic influences, he cited non-Jewish memoirist David Sedaris as well as the iconic Woody Allen, acknowledging “the baggage” that comes with praising Allen nowadays.

He also finds inspiration in the recent Hulu series, “Only Murders in the Building,” starring the comic duo of Steve Martin and Martin Short. It is a surprisingly Jewish show, said Kail, with supporting characters that are similar to ones he encounters at synagogue.

So far, people have been responding positively to the website, providing Kail with enough validation to keep “Rebbitzman” going.

“As long as people are reading it, enjoying it and it’s growing,” he said, “I’m happy to keep doing it.”