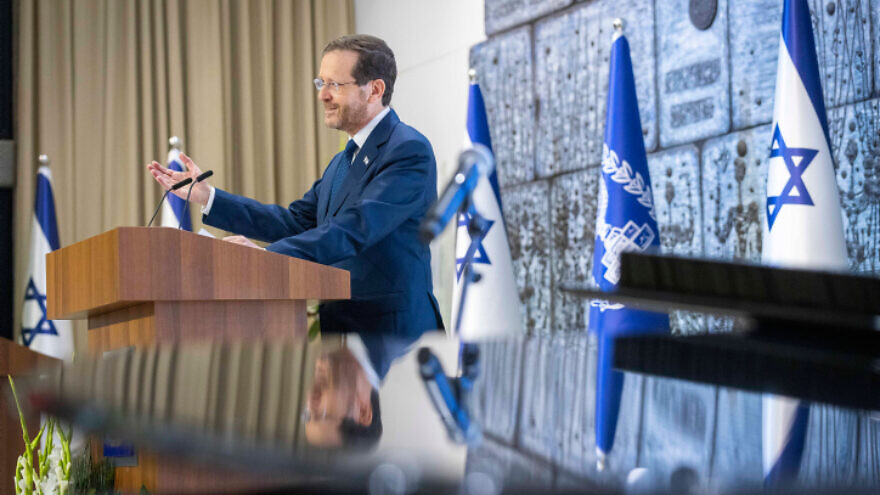 (October 24, 2022 / JNS) Israeli President Isaac Herzog touched down in the United States on Tuesday for a two-day official visit at the invitation of President Joe Biden.

Herzog is slated to meet with Biden on Wednesday at the White House. During the trip, the Israeli president is also scheduled to meet with U.S. Secretary of State Antony Blinken, House Speaker Nancy Pelosi and National Security Advisor Jake Sullivan, among others.

“The United States is Israel’s greatest ally, and our strategic partnership is both enduring and unshakable,” Herzog said ahead of his trip. “In my scheduled meetings with President Biden and senior administration officials and congressional leaders, I intend to discuss important developments in our region, from the Abraham Accords to the gas deal with Lebanon, and of course our desire and hope to have more nations join the circle of regional peace.

“Of course, most importantly, the Iranian threat, which is destabilizing not only the Middle East but the entire world, requiring a firm and united stand against it,” said Herzog.

“This visit comes during elections, both in Israel and the United States, and it is an opportunity to reaffirm that the powerful friendship and partnership between our nations is above all disagreements, and above any political or party divisions.”

Finally, Herzog emphasized: “I will, of course, meet the leadership of the Jewish communities in the United States, the leaders of American Jewry, which is the largest Jewish Diaspora in the world—as part of our efforts to strengthen and reinforce the bridges between Israel and world Jewry.”