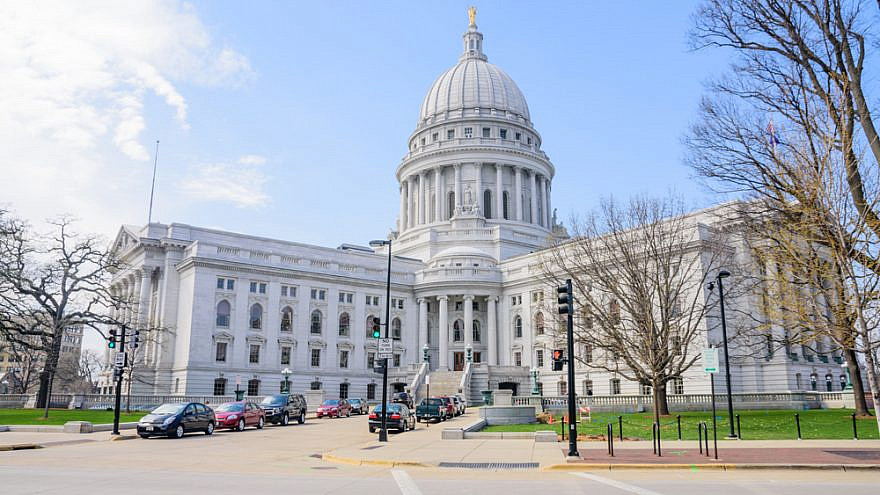 (March 18, 2021 / JNS) A bill to require Holocaust education in schools passed the state senate in Wisconsin on Tuesday.

It mandates that Wisconsin schools teach students about the Holocaust and other genocides at least once each during middle and high school, The Cap Times reported. The proposal was considered by legislative lawmakers when they convened the senate and assembly floor periods on Tuesday.

The same bill passed unanimously in the state assembly last year; however, it was never voted on by the full senate during that legislative session due to the breakout of the coronavirus pandemic, according to The Wisconsin Jewish Chronicle.

Rules state that the state assembly must now pass the bill again before it can be signed by Gov. Tony Evers into law.

The bill would require the state superintendent to consult on Holocaust education with the Nathan and Esther Pelz Holocaust Education Resource Center (HERC), a program of the Milwaukee Jewish Federation. Sen. Alberta Darling (R-River Hills) wrote the bill after she was approached with the idea by a HERC representative, reported The Wisconsin Jewish Chronicle.

“Unfortunately, we are losing voices of firsthand accounts of Holocaust survivors,” Darling said in a statement. “This bill will help make sure those voices are preserved forever and the important lessons of the Holocaust are never forgotten.”

Seventeen states currently require teaching Holocaust education as part of their secondary-school curricula, according to the United States Holocaust Memorial and Museum in Washington, D.C.