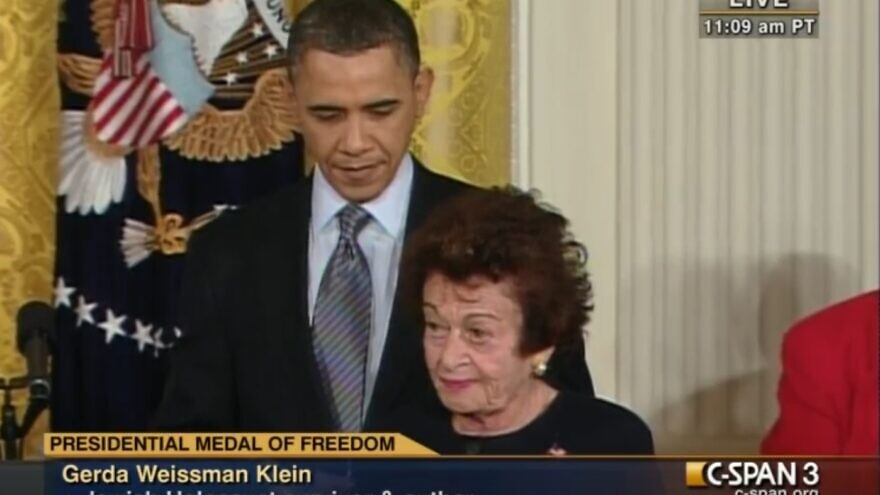 Born in 1924 in Poland, she survived three Nazi concentration camps, where she almost died from exhaustion, overwork and a forced death march through her native country, Germany, and the Czech Republic. Though she survived, both of her parents and brother died in the Holocaust. After World War II, she married Kurt Klein, a soldier and one of her American liberators, and they moved to the United States.

Weissmann Klein wrote 10 books, including her autobiography All But My Life, which was made in 1995 into a 40-minute documentary short called “One Survivor Remembers.”

The film won an Emmy for Outstanding Informational Special and an Oscar for Best Documentary (Short Subject). “One Survivor Remembers” is now part of the National Film Registry and is available for educators as a part of the Southern Poverty Law Center’s Teaching Tolerance program, according to Deadline.

She served as keynote speaker at the inaugural U.N. International Holocaust Remembrance Day in 2006; two years later, she co-founded the nonprofit organization Citizenship Counts, which educates students about their rights and responsibilities as U.S. citizens. In 2011, Weissmann Klein was given the Presidential Medal of Freedom—the highest civilian honor in the United States. At the presentation ceremony, Obama stated that the Holocaust survivor “has taught the world that it is often in our most hopeless moments that we discover the extent of our strength and the depth of our love.”