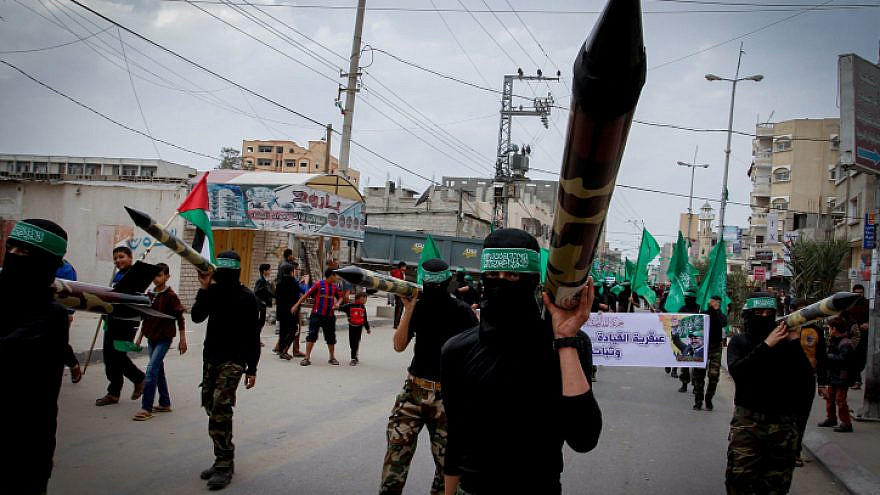 Masked members from the Ezzedine al-Qassam carry a model of a rocket during a rally to commemorate the 27th anniversary of the Islamist movement creation Hamas, at the Nuseirat refugee camp in the Central Gaza Strip on December 12, 2014. Photo by Abed Rahim Khatib / Flash90
Republish this article
930 WORDS
Spread the word.
Help JNS grow!
Share now:

(May 24, 2021 / JNS) As the truce in Gaza takes hold, Israel and the international community must employ multiple approaches to prevent Hamas and Palestinian Islamic Jihad (PIJ) from once again using a quiet period to rearm themselves, a former Israeli defense official has said.

Col. (res.) Shaul Shay, who served as the deputy head of the National Security Council and is today a senior research fellow at the International Institute for Counter-Terrorism, told JNS on Monday that setting this goal would be a good example of translating military success during the latest escalation.

Until now, the formula in place allowed Gaza’s terror factions to exploit truces to build up their military-terrorist capabilities, noted Shay, who also served as the intelligence officer for the IDF’s Southern Command.

“In the past, the principle was that quiet will be met with quiet, allowing Hamas and PIJ to be immune from [Israel Defense Forces] strikes so long as they did not fire or take an initiative against Israel. So they were able to decide when to take the initiative,” said Shay.

He called for a new formula that enabled a “freezing of the situation in terms of force build-up” in Gaza. While seeking the demilitarization of Gaza was not realistic, he noted that there are levers available to Israel to stop the factions from rearming.

The first is a new level of supervision by Israel and international elements that will operate in Gaza of all reconstruction activities. While Israel has an interest in civilian reconstruction, this must be conditioned on a freeze of Hamas’s arms program, he said. 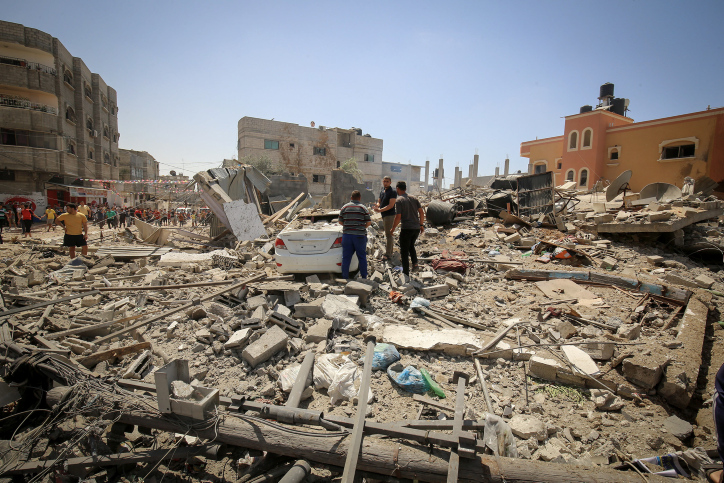 Palestinians at the site of a building hit by an Israeli airstrike in Rafah in the Gaza Strip in retaliation for more than 4,000 rockets fired by Hamas and other terror factions towards Israel, May 20, 2021. Photo by Abed Rahim Khatib/Flash90.

“In order to rebuild Gaza, materials like cement, metals and other construction material will be needed to replace destroyed buildings. But these same materials can go into rebuilding the ‘metro,’ ” said Shay, referring to the network of hundreds of kilometers of underground tunnels built by Hamas for military purposes, of which Israel destroyed some 100 kilometers (62 miles) in the recent conflict.

“There must be an international mechanism set up in Gaza that will monitor the entry of materials and how they are used,” he added.

The third component, according to Shay, is the further clamping down of weapons-smuggling into Gaza, such as anti-tank Kornet missiles and Grad rockets.

“There, too, there must be a tightening of supervision to discover tunnels linking Sinai to Gaza,” he said. “Egypt has done excellent work on this compared to past years, and the scope of smuggling has decreased, but there are still some gaps that need to be further decreased.”

The same is true for goods entering Gaza from Israel, which require the strictest inspection, while the Israel Navy must continue its ongoing efforts to prevent boat smugglers from bringing in weapons-building materials.

“Beyond that, there has to be a wider strategy, in which aid money [primarily from Qatar] no longer goes directly to Hamas, but goes to the Palestinian Authority. More monitoring of this money is needed because if Hamas gets it, it chooses what to spend it on,” explained Shay. “Of course, Israel needs to stop Iranian and Turkish funds from reaching Hamas, and work on disrupting those financing channels.”

The United States and European Union can help lead this strategic change, enabling a significant improvement of life in Gaza, investments in the building of industrial zones, and improvements in employment, health and energy; however, all of this must be conditioned on a full stop of terrorist activities, said Shaul.

‘This infrastructure was built with international funding’

According to IDF assessments, 90 percent of the know-how on weapons-building among Hamas and PIJ members originates from Iran, with weapons engineers traveling to Iran and being trained in production in past years. That knowledge was then used to create rocket production centers throughout the Gaza Strip.

The IDF has kept a close watch on the number of rockets in each organization’s arsenal, as well as their ranges and warheads.

Standard explosives such as C4, TNT and RDX (royal demolition explosive) material are used in the warheads. Sewer pipes are often used for engine parts, as is fiberglass. The IDF has called on international aid organizations to only bring plastic pipes into Gaza and to avoid all metal pipes, which Hamas cuts out of the ground and uses to make rockets. 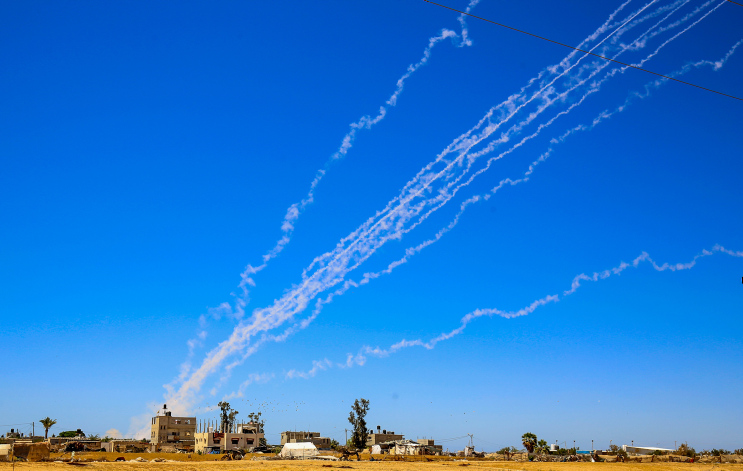 Rockets are launched towards Israel from the Gaza Strip, May 18, 2021. Photo by Abed Rahim Khatib/Flash90.

Rocket propellant is often made out of chemicals imported into Gaza, including the use of salt.

Prior to the outbreak of hostilities on May 10, Hamas had an estimated 15,000 rockets—most of them made in Gaza—with ranges of between 12 to 150 kilometers (as far as 93 miles). It also had a number of projectiles imported from Iran, including Grads and Fajr 4 and Fajr 5 type rockets, and M302 rockets that originate from Syria.

“This infrastructure was built by the Hamas leadership with international funding. Instead of going to the people of Gaza, the money went to rockets,” an IDF official said last week. “This is how absurd the leadership of Hamas and Palestinian Islamic Jihad are. … It’s been happening since 2007,” the source said.

According to figures from the research department of the Alma Research and Education Center, prior to the outbreak of the latest conflict, Hamas could launch 400 to 500 rockets per day for an extended period of time (Hezbollah can fire four times more than that), while PIJ was able to fire around 150 rockets per day.