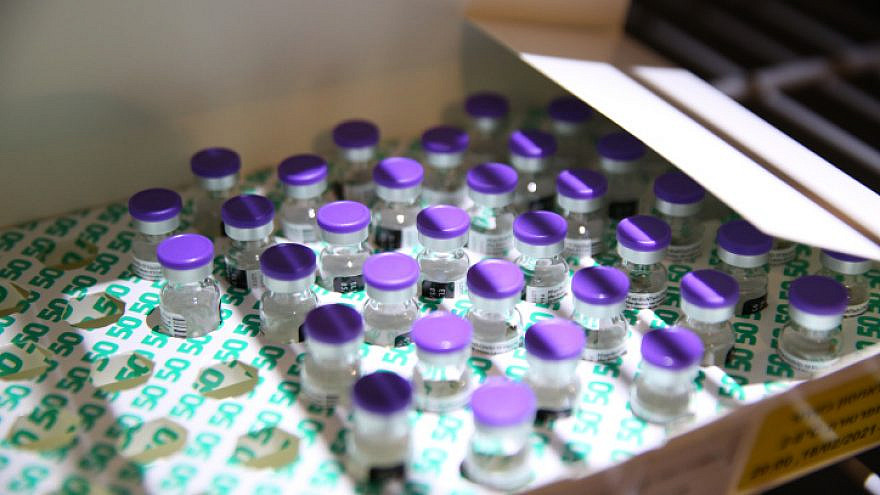 (March 11, 2021 / JNS) The Home Front Command has played a critical role in the past year using its close cooperation with local councils to promote health instructions and assist the vaccine drive to all of Israel’s varied communities.

Maj. Carmela Tamana, IDF Home Front Command spokesperson in the Command’s Southern District, told JNS that some of those same creative techniques could be called upon in a security escalation as well in the event Israeli civilians come under enemy projectile attacks.

Speaking to JNS on Monday, Tamana, who is serving in her current role for a second year and served in the same unit as a drafted soldier, when she was an instructor to the civilian population for emergencies, said “I really wanted to come back to the Southern District as an officer, and today I am commanding the array that I served in as a soldier—the completion of a circle,” she said.

During routine times, Tamana’s tasks include preparing the population for emergencies such as missile strikes and earthquakes, as well as help engaging local councils and engage government ministries in drills.

In March 2020, when the coronavirus pandemic started to affect Israel, Tamana’s unit took a key role in the national response. “The coronavirus is something that came to us out of the blue,” she said. “We were not really responsible for public information campaigns on this, unlike emergencies such as missiles and earthquakes, where we are the authority. But we entered the picture, working with local councils and public leaders, building information campaigns in various languages.”

As the pandemic wore on, the Home Front Command drafted reserve battalions and sent instructors to places such as supermarkets, schools (before they shut down) and pharmacies to relay instructions from the Health Ministry on social distancing and hygiene.

Then the lockdowns began, and the command’s missions changed significantly, revolving around setting up testing centers, and more recently, assisting the historic national vaccine drive.

“Last week, we implemented our ‘Approaching Life’ campaign, in which we took people who could not get to vaccination centers being operated by the Health Maintenance Organizations or the Health Ministry, and brought them there,” she explained. “This includes people suffering from disabilities or who lack family support. We simply teamed up with local authorities, the United Hatzalah [volunteer emergency medicine] organization, and the ZAKA [community emergency response teams] and took up the challenge, mapping out local authorities with all of these organizations and taking people to get their vaccinations.” 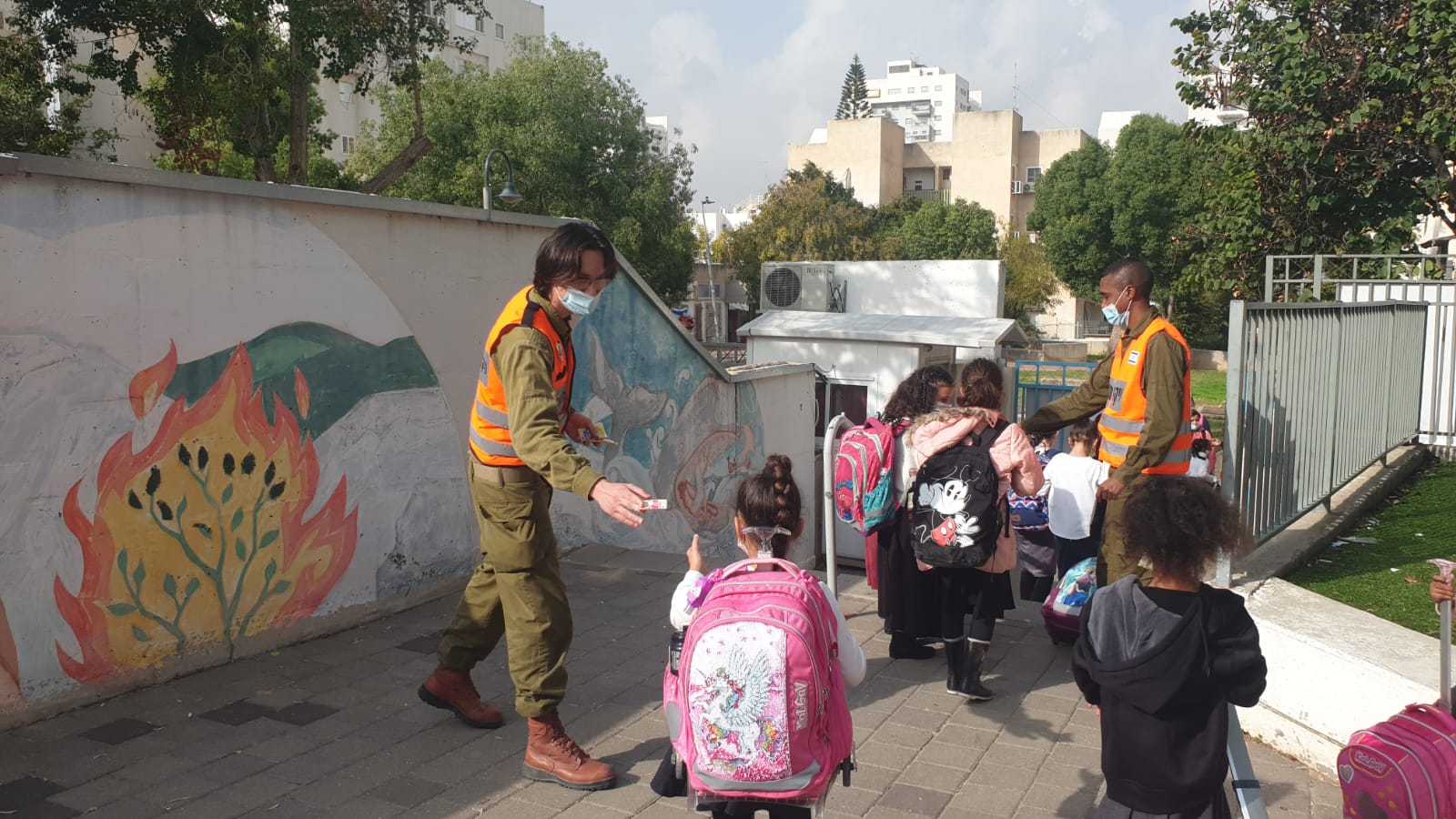 The Southern District’s assistance to the Bedouin community of southern Israel has been particularly noteworthy. In the summer, which is wedding season in the Bedouin community, the command employed Arabic-speaking soldiers to get messages through on how to hold events safely.

The community had been suffering from a high infection rate, and the Home Front Command employed new methods, such as using mosque loudspeakers, to message civilians. “We set up wedding committees, working mainly with influential Bedouin women who know the families well. And they helped us reach brides due to get married, passing on the health safety instructions,” recalled Tamana. “This was a successful project.”

‘We learned what to do on the move’

All of the efforts resulted in a visible change in public behavior, helping reduce transmission of the virus.

“We saw the change on the ground. The pandemic pounced on us and left us with much uncertainty, unsure of what to do. We learned what to do on the move,” she said. “People want to safeguard their family and return to their routines. They want to see the economy reopen, as it is now doing. People are wearing masks and are going to get vaccinated.”

As a dividend, relations between the IDF and the southern Bedouin community were strengthened, with local council leaders saying that “serving in the Home Front Command is a virtue,” said Tamana. “There is a mutual interest for all people to return to normal.” 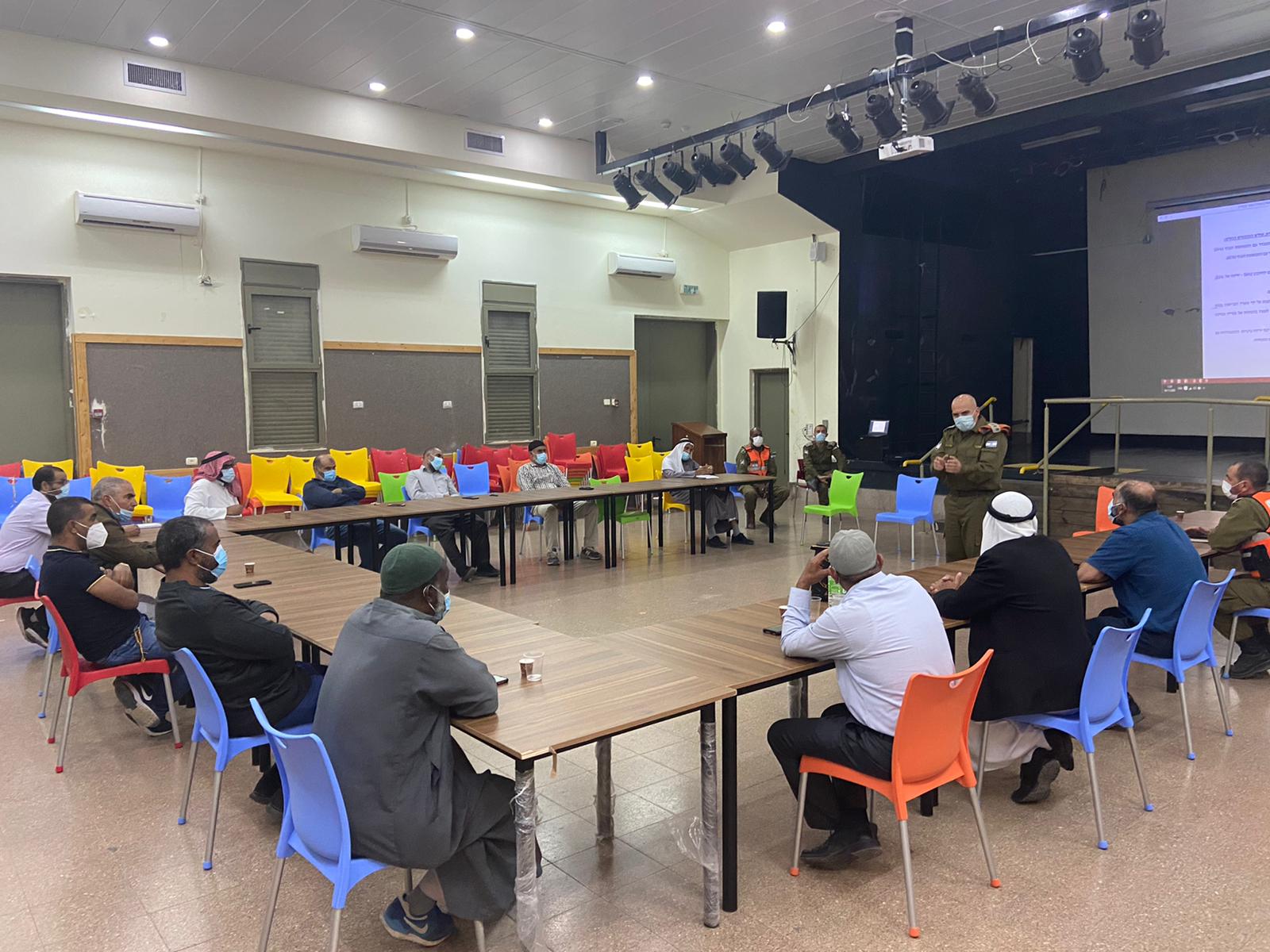 As Israel becomes the first nation to chart its exit out of the pandemic through the use of mass vaccinations, the Home Front Command is looking ahead to some of the challenges that it is always preparing for—security escalations.

“War readiness always exists,” said Tamana. “We are always engaged in readiness. The pandemic strengthened the readiness of local councils and its ability to instruct the population,” she added. “The Home Front Command knows how to engage in public information campaigns better. And I know that local councils have mapped out their target audience and chosen suitable information distribution platforms.”

This level of readiness has been made possible due to the past year when the Home Front Command teamed up with local councils in places like Netivot, which has a large haredi population that does not access the mass media. Instead, officials placed a large screen and loudspeakers on a truck and displayed instructions as it traveled through the neighborhoods.

“Now, Netivot knows it can use this in emergencies, and not only rely on leaflets,” said Tamana.

At the start of the month, the Home Front Command also boosted the vaccination drive in religious areas of Netivot and Ofakim, where rabbis have been arguing both in favor of and against the vaccines. “We worked with ZAKA and sent in a convoy to raise awareness of the importance of vaccines. Leaflets were distributed that matched the communities’ religious language and even included the biblical quote: ‘You shall guard yourselves very well.’ ”

Asked how the command was able to tailor its messages this precisely, Tamana noted that instructors, together with officers working for the Local Council Liaison Unit, heard feedback from the ground and returned to headquarters to raise awareness of gaps as they appeared.

Then, thinking committees proposed solutions, which the Home Front Command and the local councils implemented without delay.

Looking ahead, Tamana said that the Home Front Command will continue to strike its unique balance between preparing for war and assisting communities, as Israel begins its gradual return to normal life.