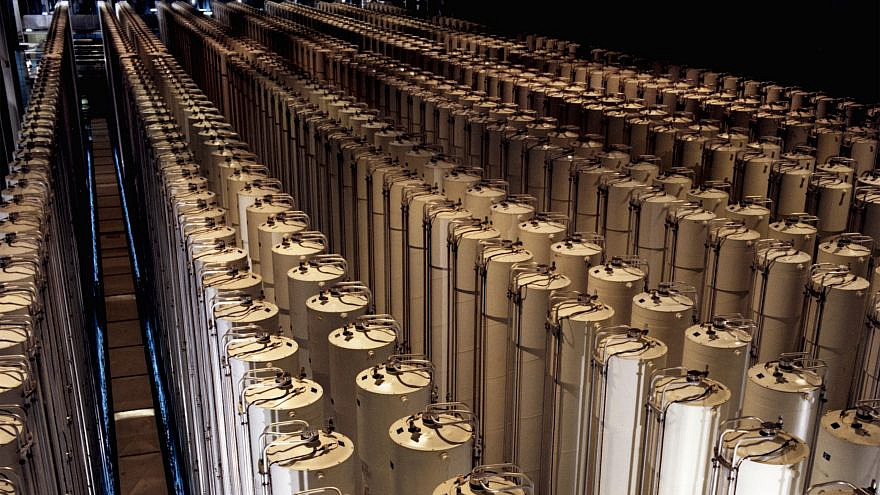 (November 18, 2021 / JNS) Iran has significantly increased its stockpile of highly enriched uranium in a breach of the 2015 nuclear deal it signed with world powers, the Associated Press reported on Thursday.

Citing a confidential quarterly report by the U.N. International Atomic Energy Agency (IAEA) watchdog, the report stated “that Iran has an estimated stock of 17.7 kilograms [39 pounds] of uranium enriched to up to 60 percent fissile purity, an increase of almost 8 kilograms since August.”

The report noted that “such highly enriched uranium can be easily refined to make atomic weapons, which is why world powers have sought to contain Tehran’s nuclear program.”

The Vienna-based IAEA told members that it could not verify the exact stockpile of enriched uranium “due to the limitations that Tehran imposed on U.N. inspectors earlier this year.”

Those restrictions include denial of access by Iran to surveillance footage at its nuclear sites, as well as online enrichment monitors and electronic seals, all of which have been cut off by Tehran since February.

IAEA chief Rafael Mariano Grossi was quoted by the report as saying that the lack of oversight was similar to “flying in a heavily clouded sky.”

On Tuesday, The Wall Street Journal reported that Iran had resumed its production of equipment for making advanced centrifuges at an assembly plant in Karaj, a city west of Tehran, adding that the IAEA has been unable to monitor the site for months.

“Iran had stopped work at Karaj in June after a sabotage attack that Tehran blamed on Israel, which hasn’t acknowledged responsibility,” it said.