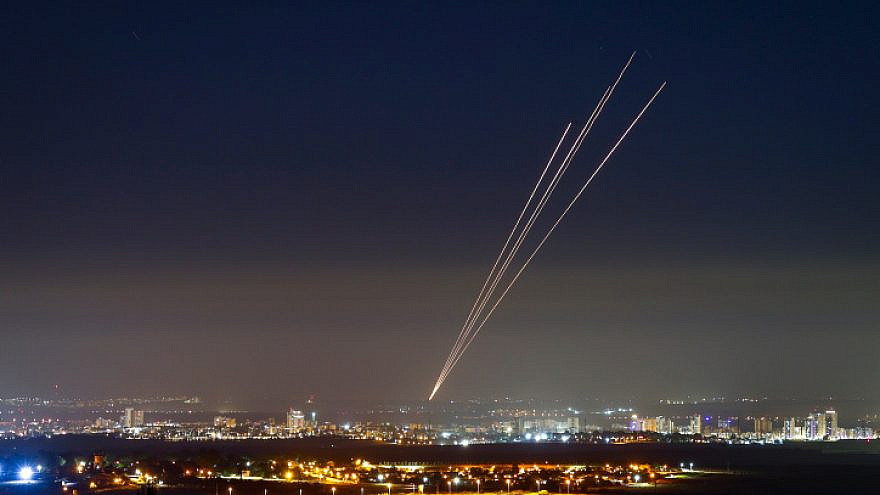 (May 31, 2021 / JNS) The Israel Defense Forces are seeking to fast-track a new system designed to remove Hamas’s ability to terrorize the Israeli home front with mass rocket attacks in future conflicts.

Writing in the IDF’s military think tank, the Dado Center, Maj. Gen. Aharon Haliva, Commander of the IDF’s Operations Branch, said it was time to accelerate the development of the “rocket repressing blanket” approach, which has been envisaged by IDF planners since 2019.

According to this method, forward interceptor missile batteries placed on the Gaza border can destroy most rockets in their ascent stage over Gazan territory, eliminating most warning sirens. This would leave Iron Dome batteries inside Israel to “mop up” the minority of rockets that do get past and begin descending towards Israeli cities.

Meanwhile, a network of sensors, including radars and specialized launch detectors, can be placed on large fleets of drones in the air and on the ground. This network of sensors can then guide relatively cheap missiles directly to the sources of hostile fire—the rocket launchers—destroying them within 15 seconds of their attack on Israeli cities.

The approach was detailed in a previous paper by Brig. Gen. Eran Ortal, who heads the Dado Center, under the headline, “turning on the light, putting out the fire.”

In his recent commentary, Haliva wrote, “The rocket arsenals are what separate terror-armies, which have the ability to manage a war, from terror organizations that rely [only] on ‘high-quality’ terror attacks.’ ”

He described the new approach as a “revolutionary development for taking away this capability from the enemy; now this development and acquirement of the capability must be accelerated.”

Haliva sketched out a future escalation between Israel and Hamas in 2023, in which Hamas leader Yahya Sinwar orders a large-scale rocket assault on Jerusalem to improve Hamas’s standing in the battle to succeed Palestinian Authority head Mahmoud Abbas. 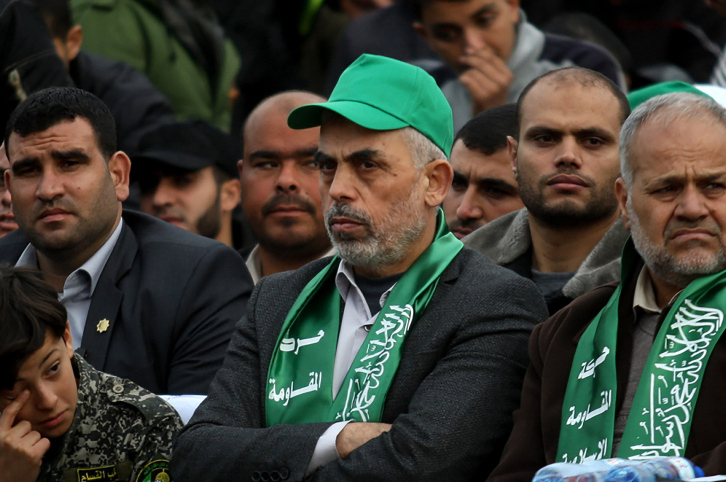 “Six launchers, each with 12 barrels, are armed with the latest model of long-range missiles, with improved accuracy, in Hamas’s possession. They fire a coordinated barrage at the coordinates of the Israeli Knesset, the Prime Minister’s Residence, the Mount Scopus Campus, Machane Yehuda Market, Mount Herzl and the President’s Residence,” wrote Haliva.

“Seventy rockets are fired within 20 seconds, leaving the Iron Dome battery stationed in the Jerusalem area ahead of time with low chances of intercepting the whole barrage. Unlike the past, thanks to new technology, only a small part of the improved accuracy rockets would have missed the built-up area,” he added.

Yet Sinwar and Hamas’s military-wing commander, Mohammed Deif, are in for a surprise in this simulated scenario. “Forty of the rockets were shot down within seconds of their launch over Gazan territory. All six of the launchers were attacked within 10 to 15 seconds from the launch, with each one still armed with the last rockets waiting for [further] launches. Massive secondary explosions rock Gaza City, and a rocket warehouse near the launcher belonging to the terror organization catches fire and explodes. The last 12 rockets are intercepted by the Iron Dome battery in Jerusalem. Since these threats were not about to hit the city of Jerusalem, only a few sirens in Motza and Pisgat Ze’ev [on the city’s outskirts] go off. The city’s routine is safeguarded.”

‘This is not a fictional tale’

Formulated by the IDF General Staff, the “rocket blanket” concept is part of the military’s multi-year working plan, dubbed “Momentum.”

“Its essence is positioning rapid interception and attack missile batteries on the borders of Gaza and the north, connecting them to a new system of radars and launch sensors, and taking advantage of the proximity between the launch areas and the new system to intercept the rockets while they are still climbing and to attack the launchers while they are still firing,” he explained.

This would dramatically decrease warning sirens in Israel and decrease the role of the civilian home front in future combat, he argued. It would also be efficient in attacking anti-tank missile cells and mortar launchers that have targeted Gaza-border communities during the latest conflict.

Subsequent efforts by Hamas to target Ashkelon end in failure as well. Rocket attacks from Lebanon fail to set off sirens in Israel with the new system intercepting the projectiles and destroying two launchers rapidly.

“A terrorist cell—members of a Palestinian organization located in Tyre [Lebanon] are killed. The northern enemy [Hezbollah] receives a signal, very disturbing from its perspective, on Israel’s new ability to block the rocket-launchers in enemy territory and to exact a price from those who fire.”

A ceasefire quickly arrives in the simulation, and it enables Israel to return to “routine preventative activities by Israel in the Gaza Strip, which will be focused from now on the enemy’s force build-up,” wrote Haliva. “This is not a fictional, unlikely tale.”