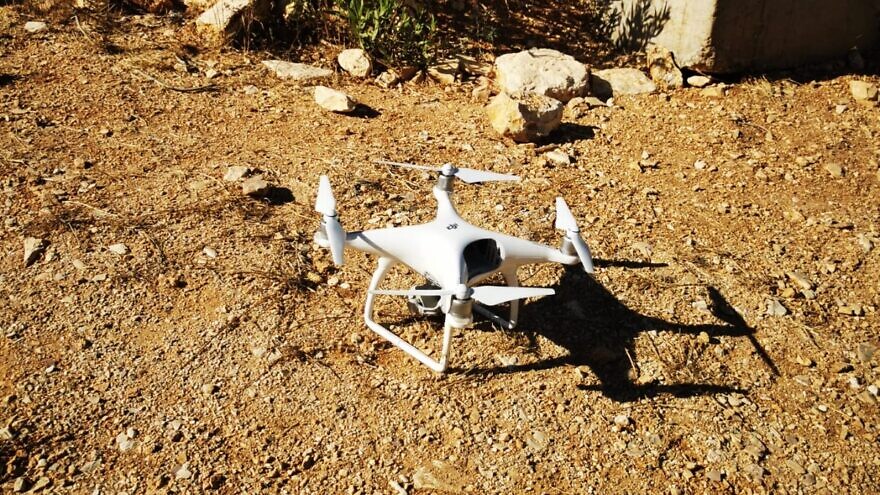 A drone intercepted by the Israeli military along the Israel-Lebanon border on July 18, 2022. Credit: IDF.
Spread the word.
Help JNS grow!
Share now:

(July 19, 2022 / JNS) The Israel Defense Forces on Monday intercepted a drone “likely” belonging to Hezbollah that penetrated Israeli airspace from Lebanon, according to a statement released by the military.

According to Israeli media reports, the drone was neutralized using “electronic warfare.”

The incident comes after Hezbollah on July 2 dispatched unmanned aerial vehicles towards Israel’s Karish natural gas platform, located about 80 kilometers (50 miles) off the coast of Haifa.

The UAVs flew at low speed and altitude in an attempt to bypass Israel’s radar systems, the military said in a statement. However, they were detected “at an early stage” before being shot down “at the optimal operational point.”

The attack was linked to indirect U.S.-mediated negotiations between Jerusalem and Beirut aimed at resolving a longstanding maritime border dispute.