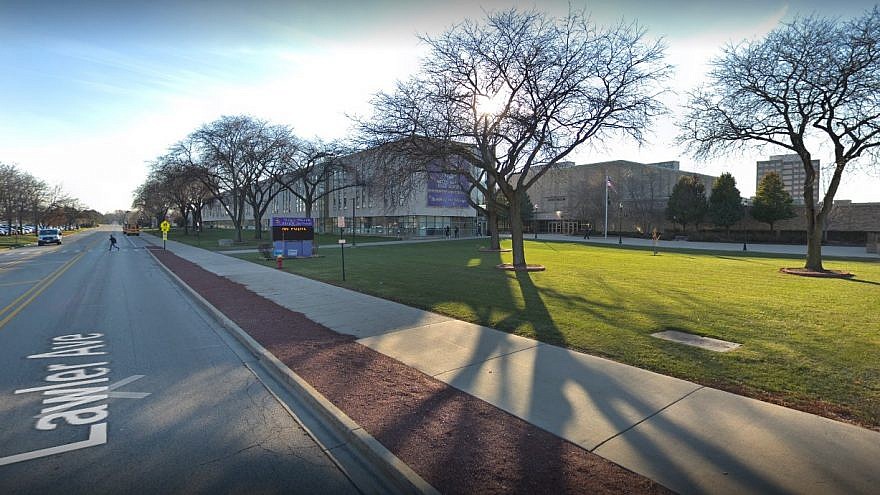 (May 30, 2019 / JNS) An Illinois school district is under fire for a course offered to teachers titled “Teaching Palestine.”

The Niles Township High School District 219 serves Lincolnwood and parts of Morton Grove, Niles and Skokie in Cook County, home to Chicago. There are an estimated 291,800 Jews in Illinois with most of them living in the Chicagoland area.

The lesson, according to the course description obtained by JNS, “brings together critical educators who want to teach about Palestine and the Palestine liberation struggle.”

Goals also include discussing “concrete strategies for how to respond to Zionist professional developments and curricula or when parents/staff/others object to anti-Zionist curriculum,” developing grade appropriate scope and sequence for teaching Palestine” and making “curriculum connections between Palestine and issues affecting our students, such as: state/police violence, the struggle for racial justice in the U.S., settler colonialism in Palestine and the U.S., access to education for historically marginalized youth.”

Information from organizations such as Jewish Voice for Peace, a prominent anti-Israel group nationwide, is used in the course.

“We have long seen a Palestinianization of the academy this bias has been steadily spreading into high-schools and teacher trainings like the one in the Niles Township High School District 219,” Asaf Romirowsky, executive director of Scholars for Peace in the Middle East, told JNS. “All of this exemplifies the overt lack of context that at times goes into historical revisionism ignoring the rich history of the Middle East and ensures that students of all ages get a myopic view rather than a full historical understanding that including history, culture and theology.”

Pro-Israel groups, including the Simon Wiesenthal Center and the Committee for Accuracy in Middle East Reporting in America (CAMERA), criticized the course.

“It is to justify the anti-Semitic rhetoric from terrorist Hamas and the veneration of mass murderers of Jews by the Palestinian Authority. It is to demonize and delegitimize Zionism and supporters of the lone Jewish state, many of whose families reside in your school district,” said Simon Wiesenthal Center associate dean Rabbi Abraham Cooper.

Cooper compared the content for the teachers to that of textbooks for Arabs from the United Nations.

“It is also beyond belief that at a time when the United States government has stopped funding the United Nations Relief and Works Agency (UNRWA) because the organization’s educational division does not adequately acknowledge the State of Israel and holds up terrorists as role models for young students, that a school district in Illinois would model similar curriculum,” he said.

“Instances of anti-Israel messages being pushed into schools appear to be on the rise,” he continued. “The Jewish community, all citizens, school administrators and legislators need to wake up and stop those who exploit our educational system to promote bigotry and one-sided messaging against the world’s only Jewish state.”

StandWithUs CEO Roz Rothstein told JNS, “School districts should encourage critical thinking about the Arab-Israeli conflict, rather than promoting indoctrination like this course does. The Niles Township High School District 219 should replace Teaching Palestine with professional development that will offer genuine educational tools that encourage co-existence and allow student inquiry into the issue, rather than one-sided propaganda.”

“For decades now, many of us have been trying to expose the dehumanization of Jews, and the constant and steady incitement to hate and to kill Jews that has been taught in Palestinian Authority textbooks and schools, and throughout much of the Arab world,” Sarah Stern, founder and president of the Endowment for Middle East truth, told JNS. “Unfortunately, it has now reached our very own shores. To glorify the killing of innocent civilians is against everything that a Western civil society should condone, let alone educate as a virtue to pass on to our children.”

Niles Township High School District 219 did not respond to a request for comment.