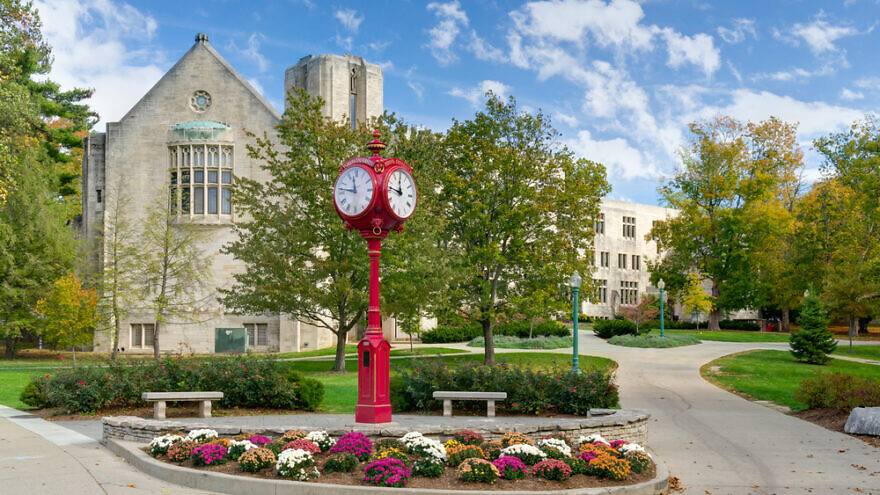 The comments were posted on the website Greek Rank, which provides an anonymous message board where users can talk about Greek life on campus.

On Sunday, someone wrote a number of anti-Semitic messages on the website, for example saying about Jewish students “get them off our campus.” Alpha Epsilon Pi president Tyler Burnett told WTHR that another message said, “Take them back to gas chambers where they belong. Boycott all the Jewish houses.”

“Referring to the Holocaust, basically talking about putting us back into gas chambers, get us off campus, really, really horrible, horrific stereotypes,” added Rabbi Sue Silberberg, IU Hillel director, about some of the other comments made on the message board. “The worst of any stereotypes about Jews just very abhorrent posts.”

Campus police are trying to trace the IP address of the person who posted the anti-Semitic comments. Burnett also said IU police have increased patrols around the school’s Jewish fraternities in light of the remarks.

Greek Rank pulled the anti-Semitic messages from the site on Monday at the request of the university. In a letter to students that same day, IU’s new provost and executive vice president Rahul Shrivastav called the messages “disgusting” and said, “this attempt to anonymously spread hate is cowardly, horrific and simply unacceptable in the IU community.”