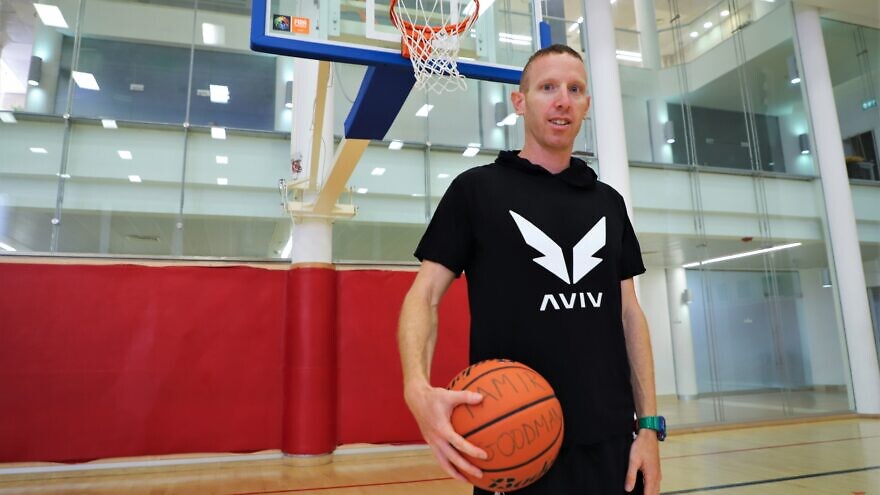 (December 15, 2021 / JNS) Former professional American-Israeli basketball player Tamir Goodman, known informally as “The Jewish Jordan,”’ has made leaps and bounds on the court as a player, coach and educator, and now, he has started a new sports-equipment innovation company called “Aviv.” Launched during the COVID-19 pandemic, the brand was catalyzed by growing concerns around public health, leading the professional sports industry to make unprecedented changes to keep their communities and players safe.

“During the lockdowns, basketball was shut down, and we didn’t know when it would return, but were told that when it did, each player would need to bring their own ball. So I got into this mode. I love the game and the players, and I wanted to help,” Goodman told JNS.

Aviv nets are antimicrobial and moisture-wicking to benefit the quality of performance for players, in addition to their well-being.

According to Goodman, who grew up in Maryland and was once ranked the 25th best high-school basketball player in the United States, sweaty, slippery basketballs have been a long-standing challenge to in-game shooting and dribbling. The Aviv net employs patent-pending technology developed by a high-end fabrics company based in the Israeli city of Ra’anana that dramatically dries the basketball from sweat and cleans bacteria from the ball’s surface every time the ball goes through the hoop.

“This means players will have a decreased risk of coming in contact with harmful bacteria and be able to play with a far less slippery ball than usual, ultimately improving ball-handling and shooting,” said Goodman.

Though the former basketball player’s career was cut short due to injuries and unforeseen challenges, Goodman shared that it is healing to still be involved in the game and able to help others. “It is a blessing. I feel I am fulfilling my mission in this world.” 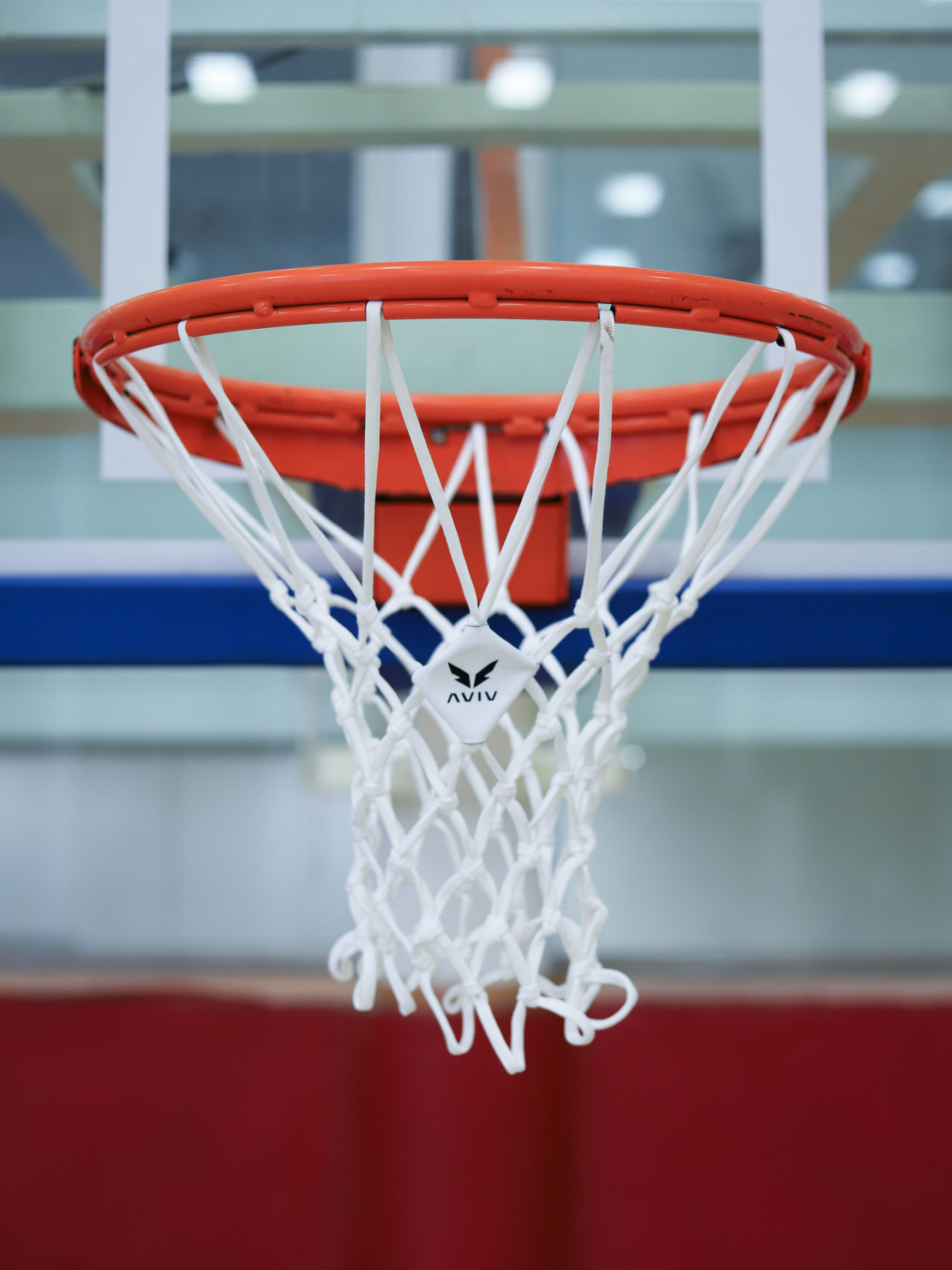 “Aviv” nets, made by a company started by former professional basketball player Tamir Goodman, are antimicrobial and moisture-wicking to benefit the performance for players, in addition to their well-being. Credit: Tamir/Aviv.

His innovative and positive attitude is exceptionally Israeli and Jewish. “Israel is a forward-thinking country, always thinking of solutions, tikkun olam and innovation, and to bring something to market you need the Israeli attributes of facing your fears, hustling and networking,” said Goodman.

The idea of turning a challenge into a blessing, he added, is a Jewish value that mirrors his own career story as well as the founding of Aviv, which means “spring” in Hebrew and is an homage to moving forward after the hard winter—a message of renewal.

To bring the product to market, Goodman paired up with his friend David Warschawski, who was on the coaching staff at his high school and who now owns a world-famous PR and marketing firm specializing in sports. Aviv is also backed by W Ventures VC.

“Tamir’s story is an inspiration to all, with the message that you can achieve your dreams with perseverance and hard work,” Warschawski told JNS. “It’s the full-circle story of someone who had great talent, played at professional level and turned his unique way of looking at things to become an entrepreneur with smart ideas. He is a go-getter and a mensch.”

This month, the pair announced a strategic partnership with The Basketball League (TBL), a North American minor league professional basketball organization, in which Aviv will be the exclusive provider of basketball nets during the 2022 season across their 42 North American teams.

“As soon as we heard about it, we knew it was something special. This net is going to make such a positive impact on our organization and our players,” commented TBL CEO Evelyn Magley. “We believe in Tamir and what he stands for—namely, reaching out to communities and having a positive impact on their lives through basketball,” she told JNS. “Tamir is sincere and genuinely wants to impact lives through technology.”

According to Goodman and Warschawski, TBL’s commitment to make Aviv the official net of the league is the first of many to come. Dick’s Sporting Goods will be carrying the net online and in its top 50 retail stores starting in the spring.

“We are in conversations with a number of college conferences, and beta tests are going on with a number of NBA teams,” added Warschawski. “Aviv also has two other groundbreaking, innovative products in development with relevance to basketball and many other sports as well.”

Goodman echoed prospects for the future, saying “Aviv will continue to reimagine and revolutionize sports equipment to benefit professional and nonprofessional athletes alike, aiming to innovate and evolve sports.”