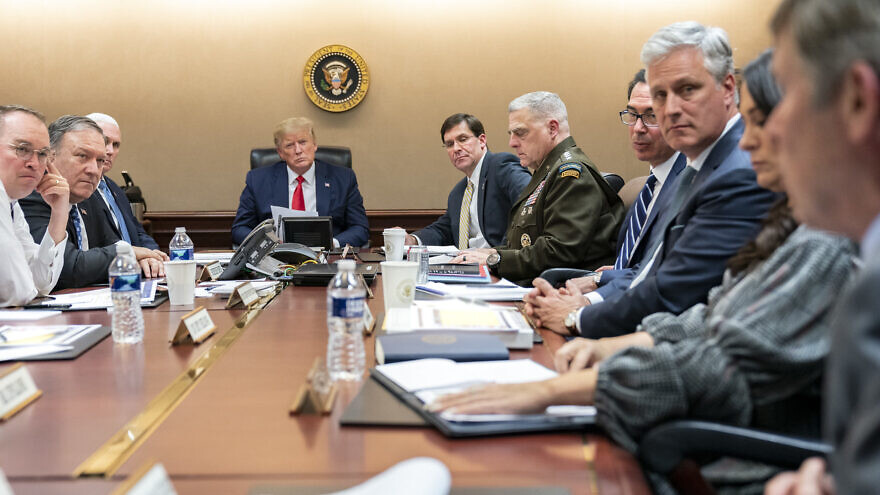 (January 13, 2020 / JNS) Iraqi officials fear the country’s economy will “collapse” if the Trump administration imposes sanctions that include blocking access to a U.S.-based account where Baghdad keeps oil revenues, the AFP reported on Monday.

These revenues in question sustain some 90 percent of the Iraqi national budget, according to the report.

The Iraqi parliament voted on Jan. 5 to remove all foreign forces from the country, including around 5,200 American troops, following the killing of top Iranian general Qassem Soleimani by the United States on Jan. 3.

In response, an enraged U.S. President Donald Trump threatened that if Iraq went through with the move, “We will charge them sanctions like they’ve never seen before,” according to the report.

“[Iraqi Prime Minister Adil Abdel Mahdi] got a call threatening that if U.S. troops are kicked out, ‘we’—the U.S.—will block your account at the Federal Reserve Bank in New York,” an Iraqi official told AFP. “We’re an oil-producing country. Those accounts are in dollars. Cutting off access means totally turning off the tap,” added the official.

A second Iraqi official said that if this were to happen, “it would mean collapse for Iraq.”

According to U.N. Security Council Resolution 1483, which lifted sanctions and the oil embargo on Iraq after the fall of former leader Saddam Hussein, all oil sales revenues go to the Central Bank of Iraq’s account at the Fed, the report noted.

The Iraqi prime minister “was pissed and insulted,” one official told AFP, while another said that if the United States made good on the threat, it would “lose Iraq.”