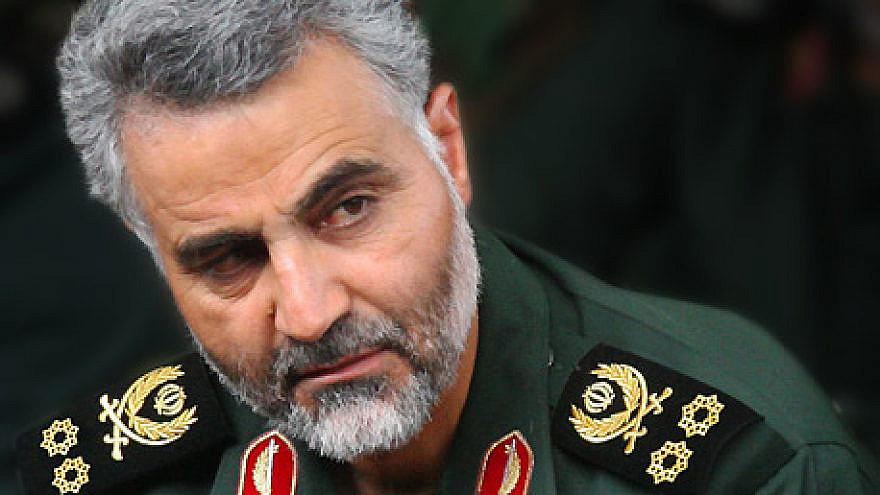 “At the direction of the president, the U.S. military has taken decisive defensive action to protect U.S. personnel abroad by killing Qassem Soleimani, the head of the Iranian Revolutionary Guard Corps Quds Force, a U.S.-designated Foreign Terrorist Organization,” the Pentagon said in a statement.

Soleimani and Abu Mahdi al-Muhandis, the deputy of Iraq’s Popular Mobilization Forces, backed by Iran, were among those killed in vehicles at the Baghdad International Airport.

Gold Institute senior fellow Matthew Brodsky told JNS that Soleimani’s death is as significant as the assassination of Al-Qaeda leader Osama bin Laden in 2011 by U.S. forces in Pakistan.

“It’s on par because if you recall before 9/11, Hezbollah was actually responsible for killing more Americans than any other terrorist leader,” he said, referring to the Lebanese terrorist group that is backed by Iran. “When we got bin Laden, it was many years after [9/11]; he was still in control of many aspects of what was going on, but he was holed up in his one location in Abbottabad, Pakistan.”

“Soleimani is someone who [was] actively targeting Americans throughout the last decade since 9/11,” continued Brodsky. “He [was] killing Iraqis, killing the rest of our allies [and was] in charge of all Iranian operations inside of Syria.”

The deaths of Soleimani and Muhandis occurred just days after Iranian-sponsored Iraqi riots at the U.S. embassy in Baghdad.

On Tuesday, a mob of Iraqi Shi’ite militiamen and their supporters broke into the U.S. embassy compound in Baghdad. The attack came after the United States launched airstrikes on Sunday against the Iran-backed Hezbollah Brigades in Iraq.

Two Iraqi foreign ministry officials told Reuters that the U.S. ambassador and other staff in Baghdad were evacuated from the embassy.

Tensions between Washington and Tehran have escalated since the United States withdrew from the 2015 Iran nuclear deal in May 2018, reimposing sanctions lifted under it along with enacting new financial penalties against the Islamic Republic.