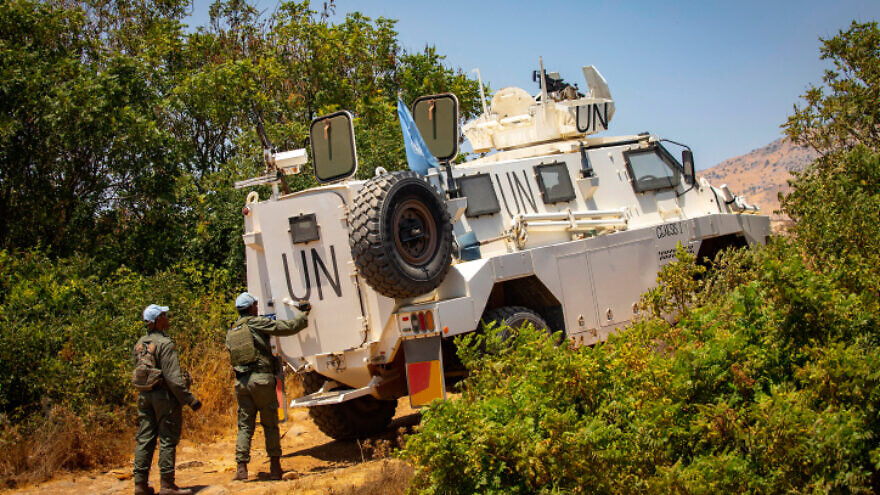 (December 15, 2022 / JNS) An Irish soldier belonging to the United Nations Interim Forces in Lebanon (UNIFIL) was shot dead when his patrol came under small arms fire on Wednesday, Ireland’s military said in a statement on Thursday.

The Irish Times said two armored vehicles carrying eight Irish military personnel came under attack as they drove from their base in southern Lebanon to the capital of Beirut.

“It is with deep regret that Óglaigh na hÉireann [Ireland’s Defense Forces] can confirm the death of one of our peacekeepers in a serious incident in Lebanon last night,” the Irish military said.

A second Irish soldier is in serious condition and required surgery following the attack, while two other soldiers are in light condition, the statement said.

According to a statement by UNIFIL, the international force has begun coordinating contacts with the Lebanese Armed Forces ahead of an investigation into the shooting.

“At the moment, details are sparse and conflicting,” UNIFIL said in a statement, according to the Saudi Al Arabiya news site.

“As a people, we take great pride in our unbroken record of peacekeeping with the United Nations. However, we must never forget the dangers that come with this work,” Irish President Michael Higgins said in a statement.

The U.N. Security Council renewed the mandate of the U.N. peacekeeping force in Southern Lebanon for one year in September 2022.

The peacekeeping force UNIFIL was established in 1978 to confirm Israel’s withdrawal from Lebanon following a military incursion. After the 2006 summer war between Hezbollah and Israel, UNIFIL’s mandate was expanded to monitor the cessation of hostilities.

In his report to the Council in September, U.N. Secretary-General António Guterres noted that while the “underlying drivers of the conflict have not dramatically changed since 2006, UNIFIL does face new challenges in the conduct of its operations,” including restrictions on its freedom of movement.