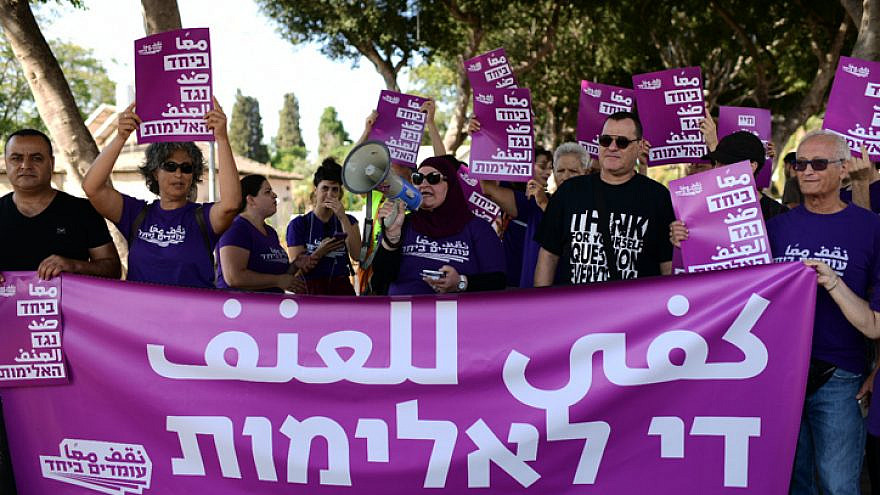 (March 2, 2021 / JNS) Israel’s Cabinet on Monday approved the allocation of 150 million shekels ($45 million) to combat crime in the country’s Arab sector, according to a statement by the Prime Minister’s Office.

The money will go towards building and expanding five new and existing police stations, two fire stations and multi-purpose buildings for community services in Arab communities, as well as establishing a special Israel Police unit dedicated to fighting crime.

Also included in the plan is the allocation of approximately 1 million shekels ($300,000) from the budget of the Prime Minister’s Office for an information campaign against violence in the sector. A professional team will work to advance plans to deal with domestic violence, and additional actions will be taken to strengthen Arab society and social-community frameworks for dealing with crime and violence, according to the statement.

Also on Monday, Netanyahu and other government officials met with local Arab leaders to address the sector’s high COVID-19 morbidity and ask for their help in dispelling false rumors about the Pfizer COVID-19 vaccine.

“There is still much fake news and it is still necessary to vaccinate the entire public, and not just the adults, as before,” said Netanyahu, according to his office.

Netanyahu stressed that while adults over age 50 account for almost 100 percent of the disease’s mortality and severe morbidity, young people were also being affected.

“People die and people suffer from diseases that can stay with them all their lives. By the way, this is also happening to young people; therefore you, as public leaders, must make a special effort,” he said.

The prime minister, who was joined by the health and interior ministers, as well as the head of the National Security Council and the national coronavirus project manager, among other top officials, called on the Arab-Israeli leaders to explain the truth about the vaccine to their communities.

Calling the COVID-19 vaccines “a blessing for humanity,” he emphasized that “we have a vaccine for every Israeli citizen, everyone, without exception.”

As of Tuesday morning, 4,772,078 Israelis had received a single dose and 3,439,919 both doses of Pfizer-BioNTech’s vaccine, according to the Israeli Health Ministry. On Monday, the COVID-19 morbidity rate stood at 5.2 percent, down from 10 percent at the beginning of February.